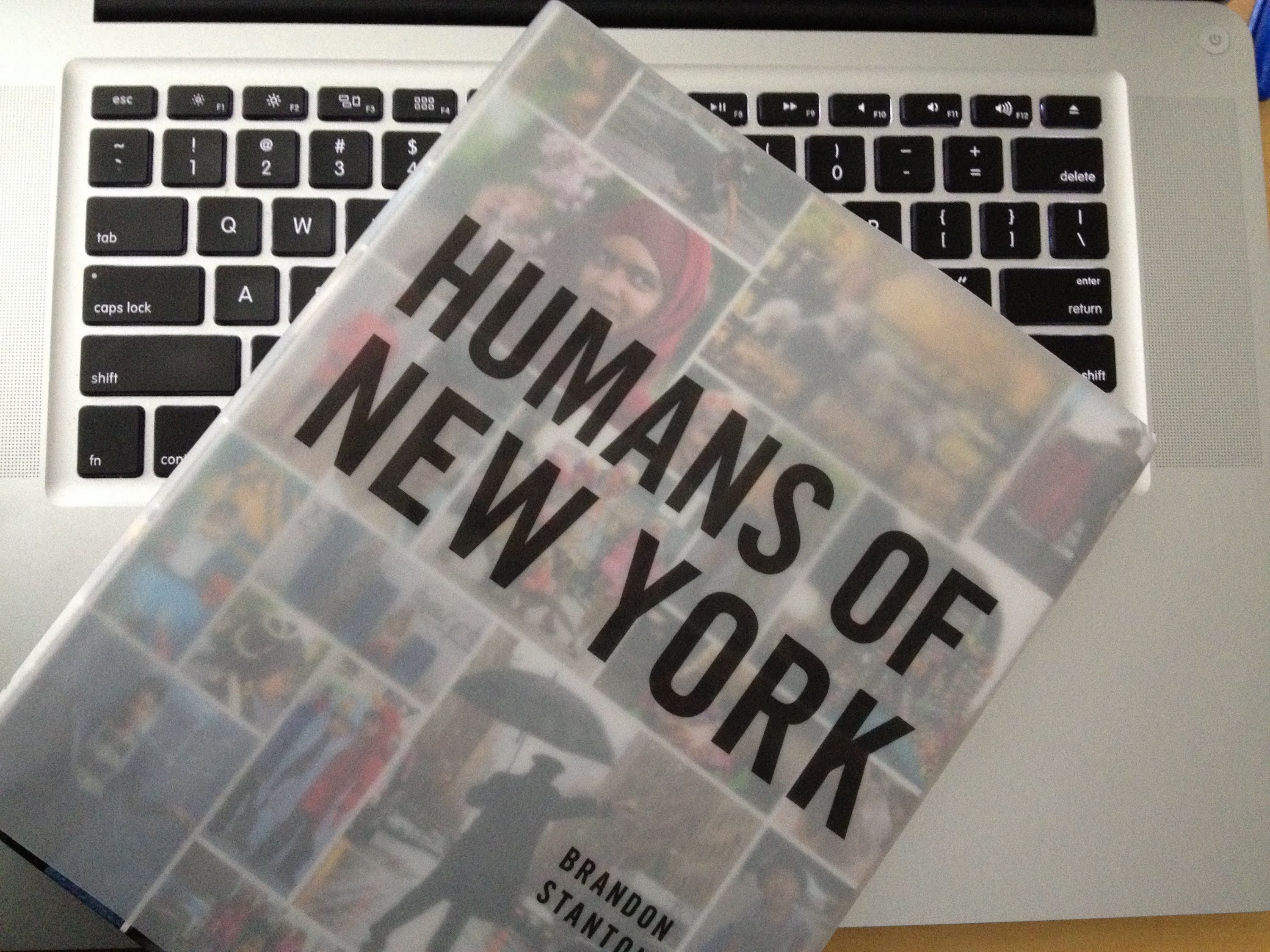 I love the Humans of New York.

The founder, Brandon Stanton, had the idea six years ago to start documenting and sharing the back stories of thousands of New York City inhabitants to humanize the sometimes otherwise cold city.

To date, Brandon has captured and shared 10,000 stories. Quick conversations and pictures that capture the hearts and souls of people living in New York City. On Facebook alone, Humans of New York (HONY) has over 17 million followers.

The formula is always the same: a heroic picture of a New Yorker paired with a telling insight or story uncovered during a brief interview.

On the topic of people and their vision, this week I came across this interesting HONY profile of two eye doctors.

Your eyes don’t see. They merely serve as a projection system – taking in an image in front of you and transmitting it for your mind to view.

And that’s when all hell breaks loose.

Once the image hits your brain, your mind starts interpreting and judging and analyzing it. And for better or worse, mostly worse, your mind finds it almost impossible to remain neutral on the topic of said image.

As an example, let’s say you’re walking down the street, and your eyes transmit an image of a tree to your mind. It’s just a tree. However, the second the image of the tree hits your mind, the stories start spinning out of control.

You say to yourself —

“Oh wow, look at that tree, it’s huge. That’s really something. That reminds me, I’ve got to call the tree guy when I get home before that branch falls on my car and crushes it and I can’t drive anywhere and I’m stranded at home and I have to pay thousands of dollars to get it fixed. I mean it’s not like we have thousands of dollars hanging around, that probably means I need to start working more. There never seems to be enough money to go around. If I start working more I’ll have too much on my plate and I’ll never get things done around the house like getting that damn tree limb cut.” 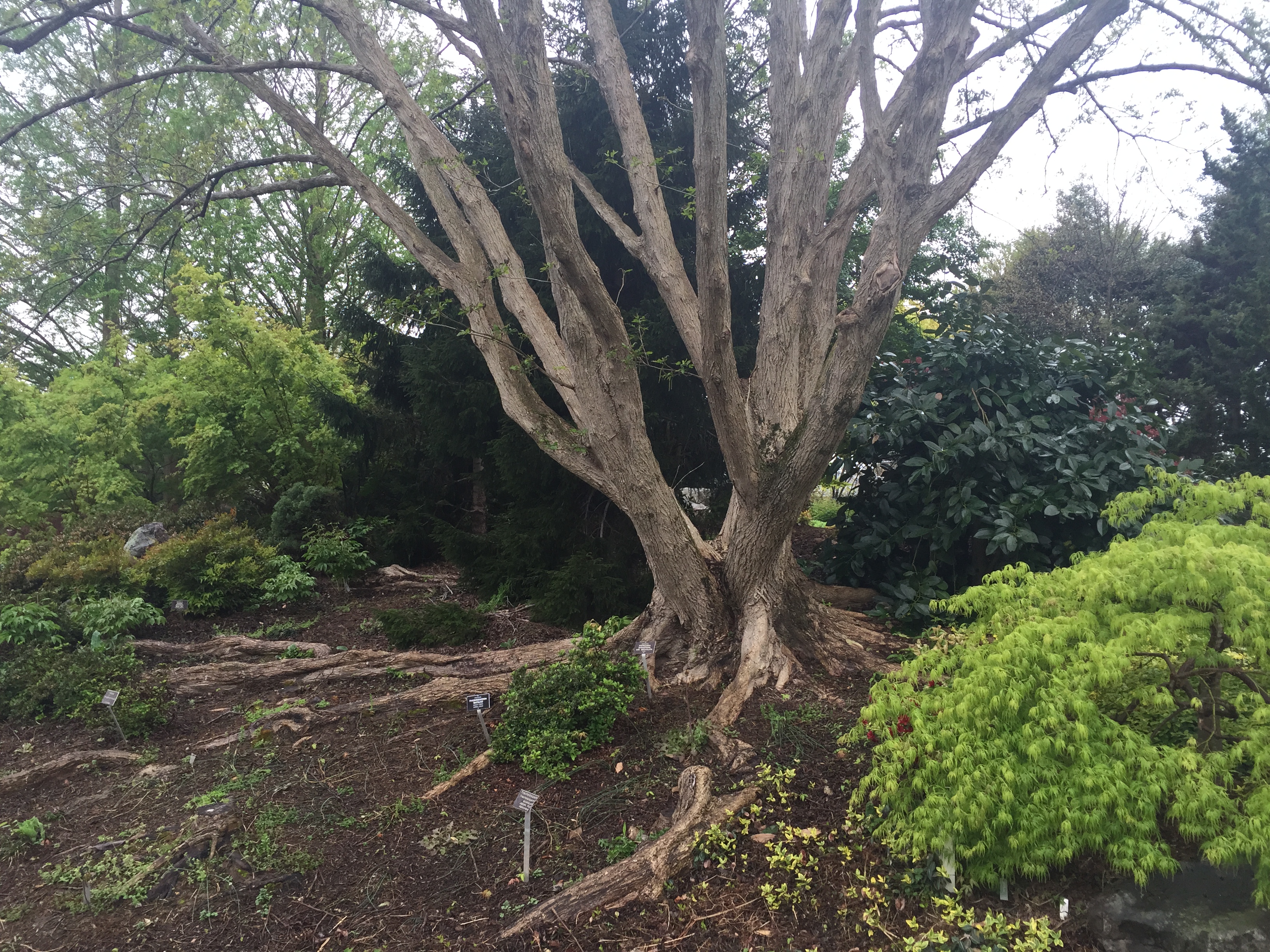 Your eyes simply captured a picture of a tree. But then your mind tainted it and turned it into a story of how you’re not working hard enough to provide for your family.

How cool would it be if you didn’t let your mind run aimlessly out of control every time your eyes served up a new image?

Here’s how you can do just that.

If your mind is the one that creates stories around what you see, there’s only one way to get it to pipe down:

You must become a witness to your mind.

You are not your mind. Your mind is an annoying, backseat driving, condescending, second-guessing soundtrack that plays on repeat all day, every day. No wonder you’re so tired.

Here’s how to become a witness to your mind.

Let’s say you watch your spouse walk past the overflowing kitchen trash can six times in one day without emptying it. Here’s how the story needs to unfold in order to maintain your sanity.

People often say that awareness is half the goal, but in this case it’s the entire goal.

You are not your mind. You are the witness to your mind.

Becoming the witness to your mind, means you’re able to make the shift from “I am angry” to “Look, there’s anger.” It’s a life-changing, mood-changing shift. Technically speaking, you are not angry.  Your mind is telling a story and trying to get you to attach yourself to the anger that’s coming up. It wants you to take the bait.

OK. Now it’s your turn. See if you can avoid taking the bait today.

If you become stressed and worried about an upcoming project at work and your mind starts spinning out of control, try to catch yourself in the moment and say, “Oh, look there’s anxiety.” When your daughter doesn’t make up her bed and your mind starts telling stories about how irresponsible she is, catch yourself and say, “Oh, look there’s frustration.” It’s like a game. And it’s a game where winning looks like a whole lot like inner peace.

Becoming a witness to your mind makes your mind shut up.

Try it three times today. When a strong emotion or story comes over you after seeing something, force yourself to take step back and witness it, “Oh look, there’s fear/anxiety/frustration/anger”.

After three times you’ll likely see a common thread appear. In the past week, let’s just say I’ve said the words, “Oh, look there’s anxiety” about 100 times. And each and every time, my anxiety was reduced. For real.

And I bet if Brandon Stanton, from Humans of New York, ran into you on the streets of the Big Apple, he’d drag that common theme out of you in a nanosecond. He’s that good.

See if you can beat him to it.

Love this notion, Katherine. Thank you! I will be putting this into practice immediately:)

I’m happy you like it, Emily. It really works. Thank for you reading!