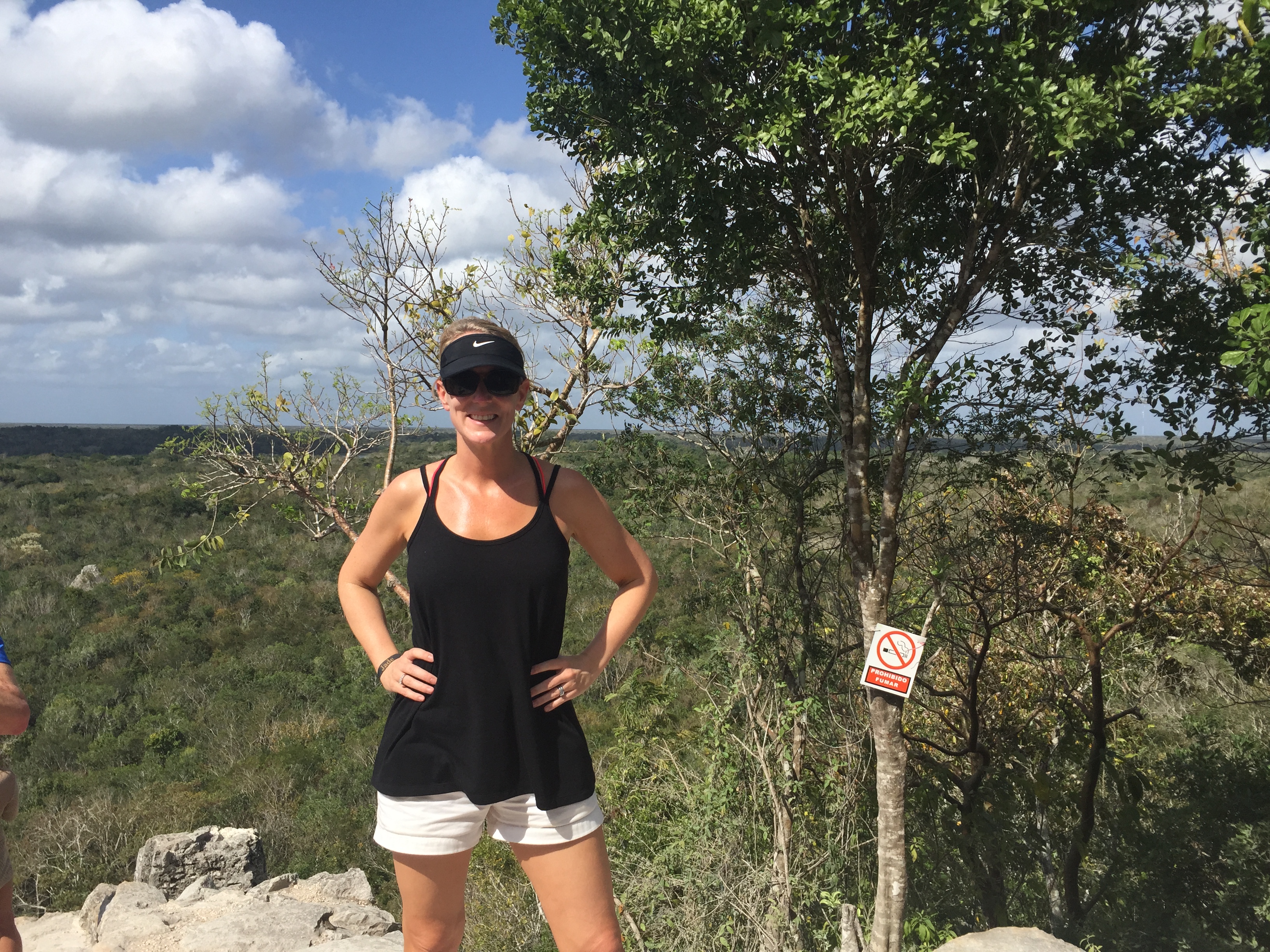 Two weeks ago I developed a horrible rash on my face.

What started out as a pale pink blemish on my left cheek quickly erupted into a full-fledged, flesh-eating disease across the entire bottom third of my face.

I’d show you a picture, I took several, but I’d like for us still to be friends. So I’m going to resist that temptation.

I tried every remedy known to man to get it to go away — creams, soaps, facials, popping, pressing, compressing, etc.

You name it; I tried it.

And much to my horror, not only did the rash refuse to go away, it kept getting worse — inching and growing its way across my face.

I was even embarrassed to be around my own family without makeup. Kids can be so cruel, you know.

Thank the Lord a few weeks later I was eating dinner with some girlfriends throwing a pity party for myself, and my friend, Liz, promptly interjected, “Oh you have thaaaaaaaat. It’s called Periorificial Dermatitisdermatitis, but I call it The Devil on Earth.” She went on to explain that it’s a viral infection that’s common among women in their thirties — an adult set of acne of sorts.

Liz instructed me that all I needed was ten days of an antibiotic, and the rash would be swept off my face, and my life could resume as normal.

Presto, change-o. It was gone.

Good for me. But the eradication of my adult acne is not the point of this post.

What was fascinating to me about this situation was that while I was working furiously to treat the outside of my face with all kinds of scrubs, creams, and topical treatments, the source of the infection was inside my body. All the ointments in the world wouldn’t have made an ounce of difference because I was treating the symptom of the problem and not the source of it.

And isn’t that the case with so many challenges in our lives?

We attempt to run the pounds off on the treadmill instead of getting curious as to why we’re putting them on in the first place. We make a personal pact to stop yelling at our children without considering why their actions wage a war inside of us. We go to bed early to try to get some energy back instead of contemplating why we’re so damn tired in the first place.

We work tirelessly to treat the symptom of our problems without understanding the source of them.

That last one, about getting enough sleep, is one that hits close to home. For years and years, while I was living an exhausted existence, I always complained about how tired I was, and I always tried to get more and more sleep.

But it didn’t help. It never helped. I woke up each and every day just as tired as the day before, no matter how much sleep I got.

And after seeing this quote on Pinterest the other day, I finally realized why: 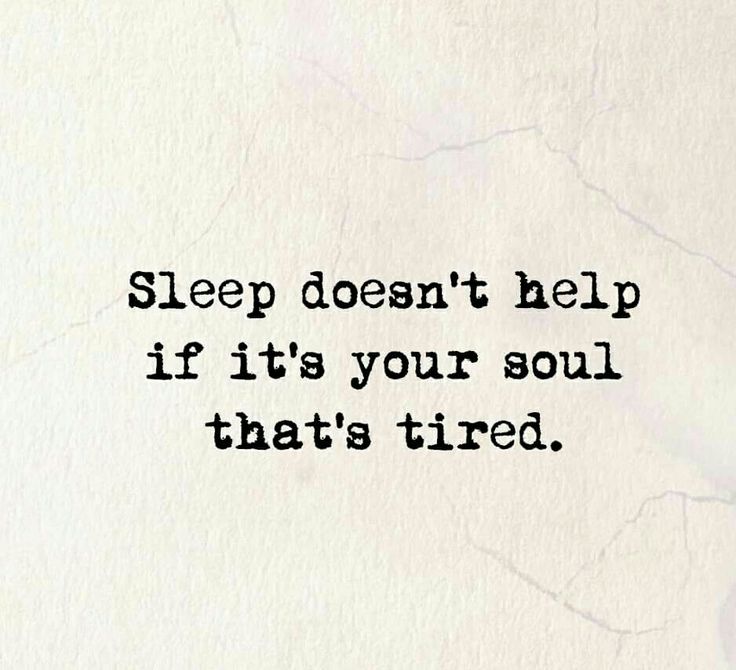 Well, that makes a ton of sense.

When I was living a life that wasn’t my own, a life in which I felt the need to impress other people because I was so unimpressed with myself, it was my soul that was so tired, not my body.

Thankfully I had the courage to do a lot of hard work and homework on myself to determine why my soul was so tired.

It was a much harder problem to solve, but it was the only hope I had for solving all my problems. I figured out I was doing the wrong thing for a living, and I took some risks and started doing something different.

And solve all of my problems, it did. Including, but not limited to, my fatigue problem.

Here are a few other examples when I was able to dig deep and solve the right problem instead of the wrong one. 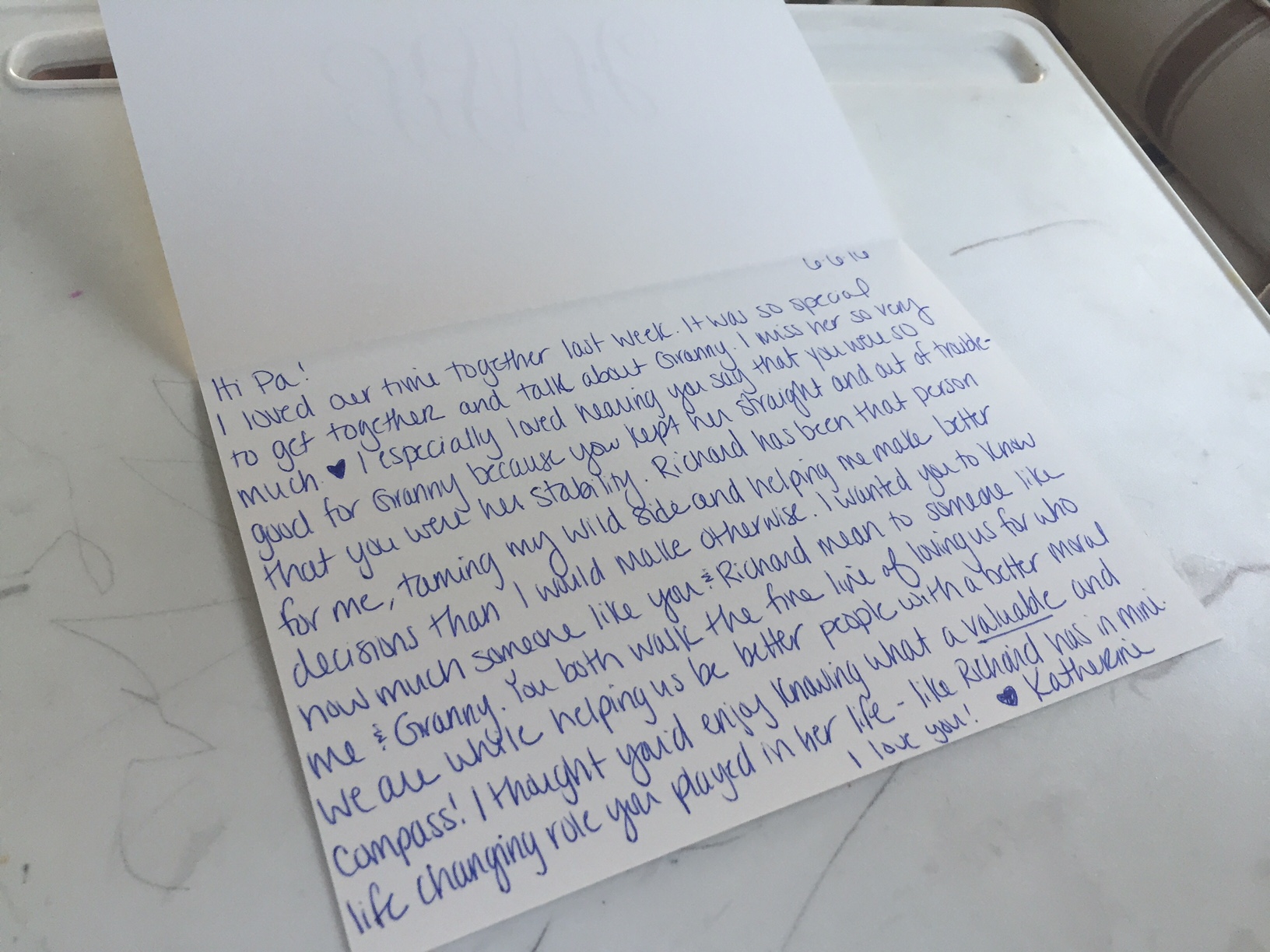 In each and every case, solving for the bigger problem made the smaller problem disappear.

Kill the virus and the rash goes away.

If you just keep putting cream on the rash, the virus will continue to spread. You have to kill the roots in order to prevent the weeds from popping up again.

So what’s the root cause of something that’s been bothering you lately? Remember that what you think is your problem is probably not actually your problem.

Not only will you nip your problem in the bud, but you’ll be rewarded for your bravery.

You are amazing. Thank you for your vulnerability and willingness to share. You rock!

Katherine Wintschreply
– In reply to: Deborah

Thank you, Deborah! I appreciate you taking the time to read. It means a lot to me.

I have spent 50 years looking for my purpose. Getting tired.

Keep looking, Steve. I promise it’s worth it. Read my blog post “Turn Your Mess Into a Mission” for some inspiration. http://katherinewintsch.com/turn-mess-mission/

It takes a lot of hard work and homework, but the pay-off is life changing. Here is a list of of some self-help books that helped me learn so much about myself and eventually led to my purpose. http://katherinewintsch.com/five-self-help-books-saved-sanity/

Good stuff as usual KW. I’d pay a therapist for it! To build on your plant/get to the root of a problem metaphor…we can also water our problems with worry and they will grow!

I love “watering your problems and they will grow”. So accurate. We also need people along the way to remind us not too worry so much. You were that person for me so thank you.

Loved this – it’s so true and I appreciate all the reminders!

Katherine Wintschreply
– In reply to: Theresia

Thank you, Theresia. It’s a constant reminder everyday. Thank you for reading.