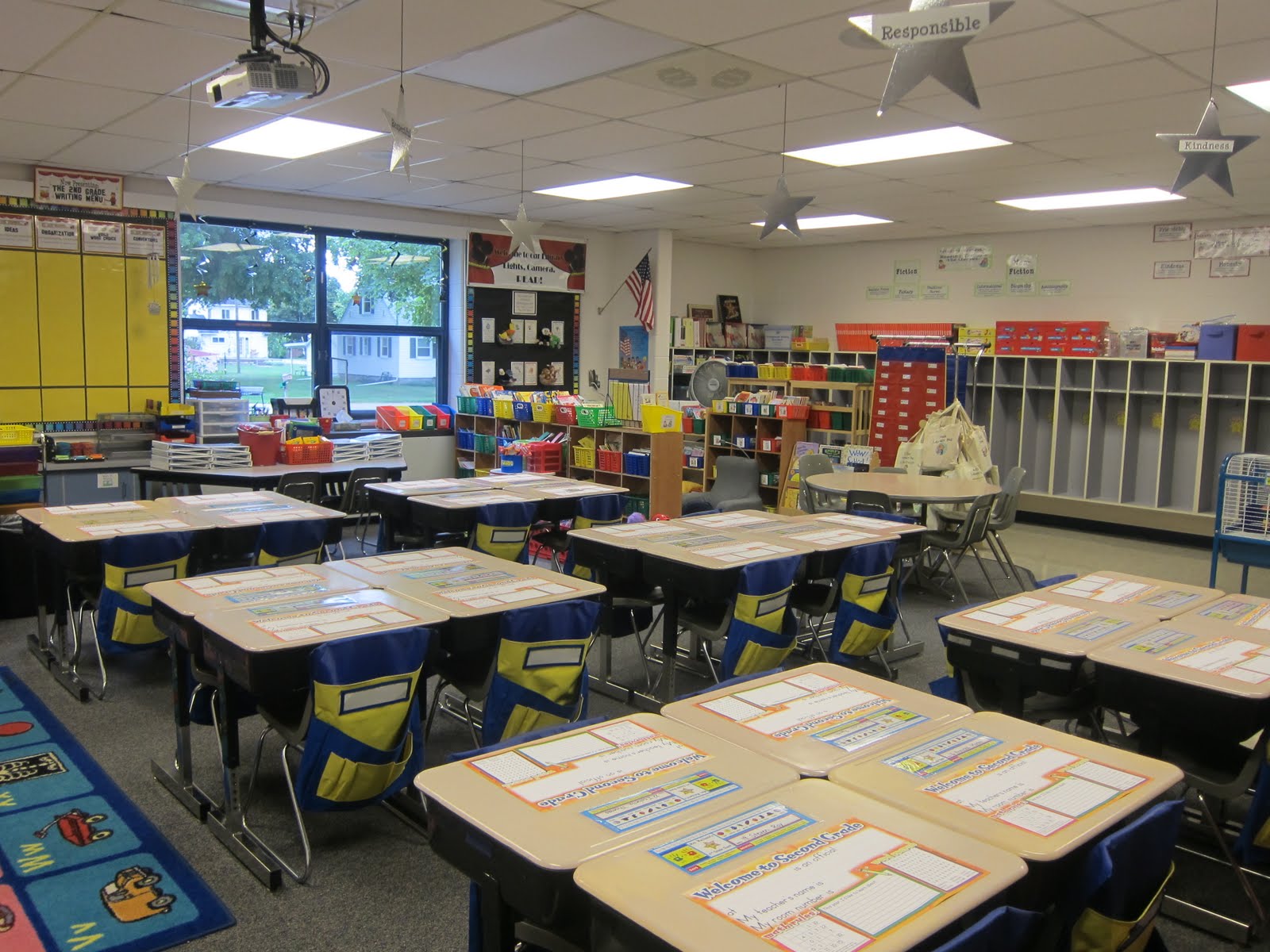 We can learn a lot from the mothers around us.

Last week, I learned a lot from a mother named Katharine. No, this is not my own advice masquerading as the advice of another mother. I did, legitimately, learn a valuable life lesson from a woman—who happens to have my same name.

I think it was the universe telling me I should pay attention.

Tuesday was Back-to-School night at my son’s school and all the parents (95% mothers) poured their adult-size bodies into second-grade-size chairs and pretended like we were comfortable doing so. The main task of the evening was to fill up the calendar of parental involvement for the entire school year. You know, things like building sets for musicals, driving four to five kids to the pumpkin patch, or taking pictures during the Easter party. In other words, the stuff you hate committing to, but end up loving when you show up and deliver.

In this case, the room mothers sat in the front of the classroom and called out one activity at a time and signed people up according to the show of hands—paper products for the Valentine’s Day party, who’s in? Coordinating the yearbook photos, who’s got their hand up? Captaining the coolest Field Day around, who’s coming with me? 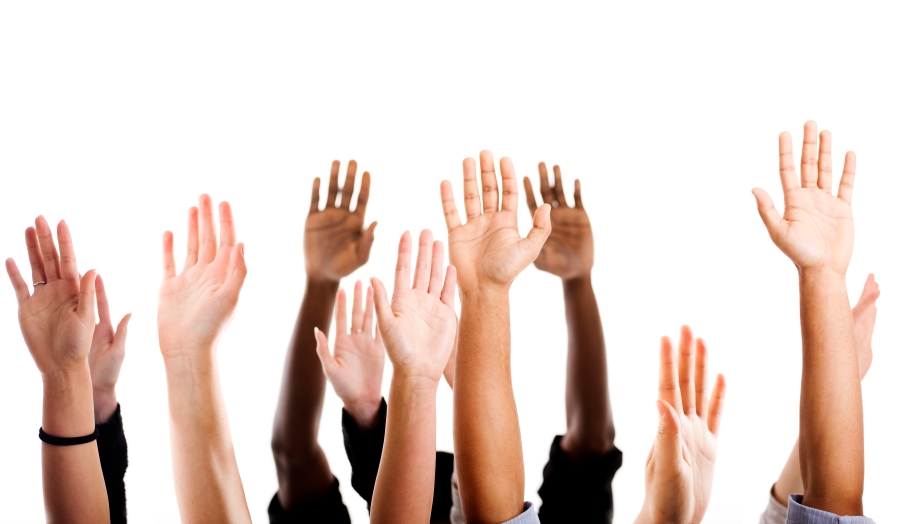 It was my first time at this rodeo, and I’m not going to lie; I was scared.

My inner dialogue had its own Field Day as I watched the hands shoot up left, right, and center. Should I volunteer for more? I should, right? Because that’s what “good” mothers do—we show up for our kids. But I was torn. Between writing a book and working for The Mom Complex, signing up for anything other than bringing napkins would very likely result in a total and utter disaster.

And that’s when Katharine entered the room.

A mother to one of the boys in the class, Katharine did not opt to sit in her son’s pint-size desk, but instead elected to stand in the doorway and magically disappear and reappear in regular intervals. Armed with a digital copy of the school calendar on her iPad, no matter where we were on assignments, Katharine immediately caught up.

This woman was not afraid.

At one point, when she reappeared, we were at a stalemate for who would bring baked goods for some event I can’t even remember. One of the mothers immediately said, “Hey Katharine, do you want to bake something for this event? We need one more volunteer.” And without the slightest pause, Katharine replied, “Nope. Not my game. I know my strengths. I’m good at taking pictures and supplying paper products. I’ll sign up to be the photographer for dozens of different events, and I’ll even get the school logo printed on the napkins I bring. But I don’t do baking.”

I could have kissed her.

Show of hands—how many of you would have said yes under peer pressure in that moment? Thinking that somehow, you’re a better mom if you make chocolate chip double-dip brownies so the school can sell them for $1.50 each.

As soon as she spoke her truth, Katharine freed me from all my worry. She was courageous enough to know her strengths, embrace her weaknesses and say all of it out loud. She didn’t shift around nervously in her seat (she never actually sat down), stewing on whether she was volunteering for too much, not enough or exactly enough.

It was kinda like being in yoga class, seeing another woman drop into Child’s Pose in the middle of a challenging sequence, and thinking to yourself, “Oh, thank God, I can take a knee too. It’s not the end of the world.”

Sometimes we need to see other mothers taking a chill pill to know we can, too.

I’m sure you know how this story ended. Yep, with me and Katharine sitting at a bar, breaking down this thing called Life.

We shared wine, laughter and our perspectives on life. I learned that the reason she kept bouncing in and out of the calendar meeting was because she’s the mother of twin boys—one in each of the two second-grade classes. So, she was volunteering for two classes at once (wow.) I also learned that she served our country as a pilot in the Navy— (double-wow) and that she’s married to the love of her life and partner for 20 years whose name happens to be—wait for it—Katherine.

And suddenly the world made sense to me.

Katharine’s seen more than the average mama bear. For example, the world blurred beneath her as she flew covert missions for our nation —Top Gun-style, enough judgement to last a lifetime when she expressed the truth about her sexuality, and the thrill of becoming the first same-sex couple in Virginia to have both parents listed on their child’s birth certificate.

In comparison, telling a bunch of second-grade moms that she doesn’t bake brownies is a walk in the damn park.

I found Katharine’s perspective and willingness to share breathtakingly liberating. She told me, “I guess I just finally recognized what is most important in life. I learned a long time ago that you can’t be everything to everyone, but most women still try.”

But maybe it’s time to stop. When Katharine said her piece out loud, nobody thought less of her. I didn’t think she was a loser; I thought she was a hero. She showed me the power of respecting my time and talents (and lack thereof).

And that’s exactly what I did.

For the first time, I didn’t over-extend myself. I stayed true to what I can actually deliver at this point in my life without being a yes-man to anything more.

We often fear the judgment of other mothers, but what I learned from back-to-school night this year is that setting boundaries and saying no doesn’t piss off other mothers as much as you assume it will – sometimes it inspires them.

So, go ahead, draw the line. What are you waiting for?

This is such great inspiration- thank you, Katherines;)

LOVED this! The stigma is real, people!

I love this! It’s so important to know what you do volunteer for is actually what you WANT to do, not what you think you SHOULD do.

AMEN to that! How blessed are we to have learned this important lesson in life!