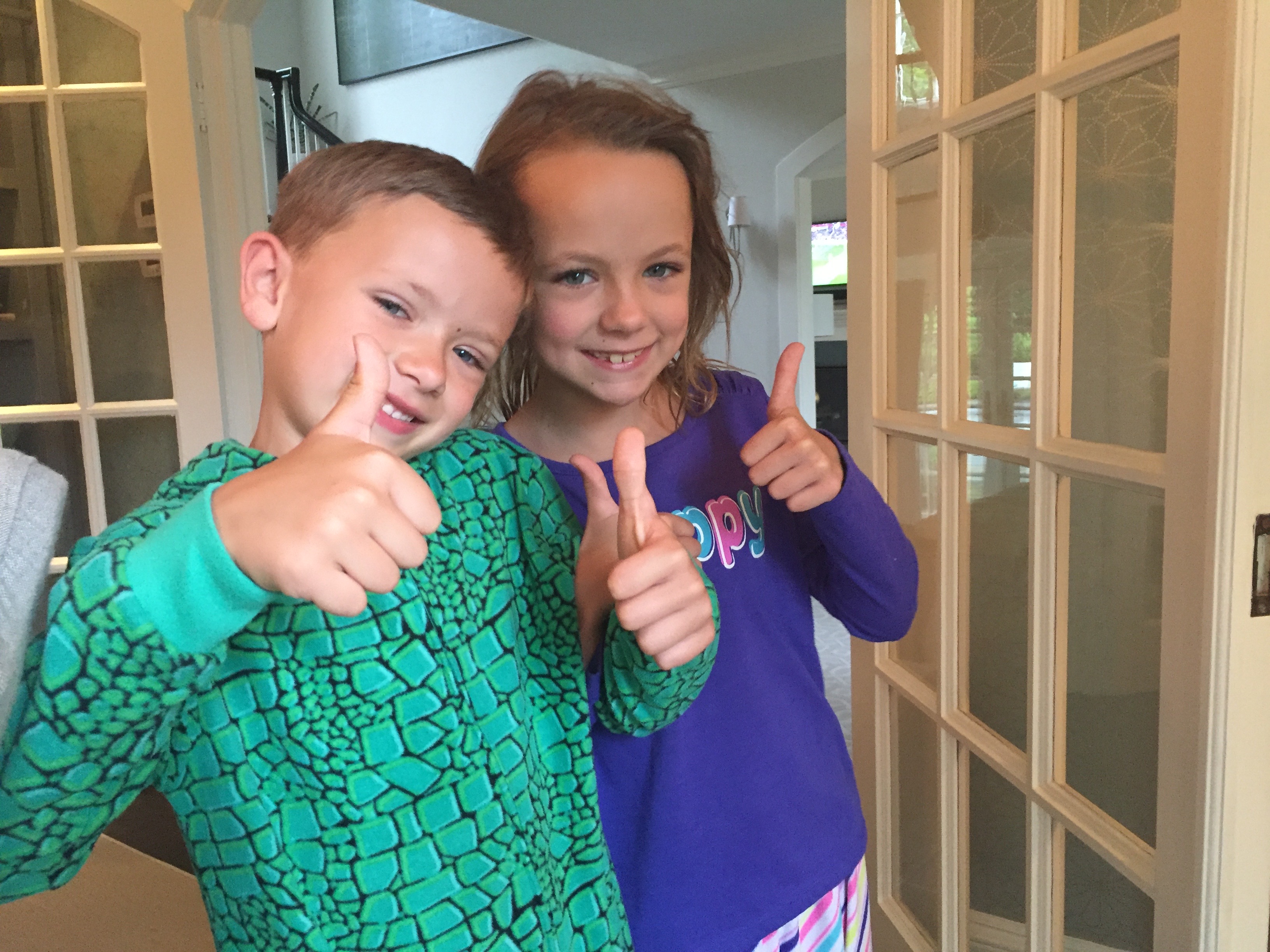 The other day as I watched my eight-year-old son make his own breakfast on a Sunday morning (without asking for any help) I found myself thinking, “Wow. I’m so proud of him.” And then, thankfully, I had enough presence of mind to hit pause and correct myself by saying, “Wait, wait, wait. I think what I’m trying to say is that I’m so proud of myself.”

As you can imagine, no young child wants to make their own breakfast.

They want you to do it for them. I’m pretty sure they want you to do everything for them. But that’s where boundaries come into place. For some reason (can’t remember why), several years ago I decided that I was no longer going to make breakfast for my children. At the ages of six and eight they were fully capable of microwaving pancakes, toasting a bagel, opening a container of yogurt, or pouring a bowl of cereal.

At first it was hard. While I was pouring my cup of tea, they’d look at me with their puppy dog eyes and pouty cheeks and say, “Mommy, pleeeeeeeease can you help me spread the Nutella? I just can’t do it.” And each and every time I held my ground by saying, “Nope. You’re capable of doing it yourself. Keep trying,” and then I’d leave the room. It hurt, I’m not going to lie. But I committed to not caving and I held up my end of my bargain with myself.

I think my husband thought I was a jerk. Whenever he was in the kitchen when I nonchalantly rejected their huffing and puffing and pleading for help, he’d roll his eyes, swoop in to save the Nutella day, and look at me as if to say, “Geeze Jeez lady. You literally grew these children in your body and now you can’t even toast a bagel for them?”

Like I was the Wicked Wintsch of the West or something.

But I stayed strong as I sauntered out of the room to return to my bed to read a book or to my office to start writing one. 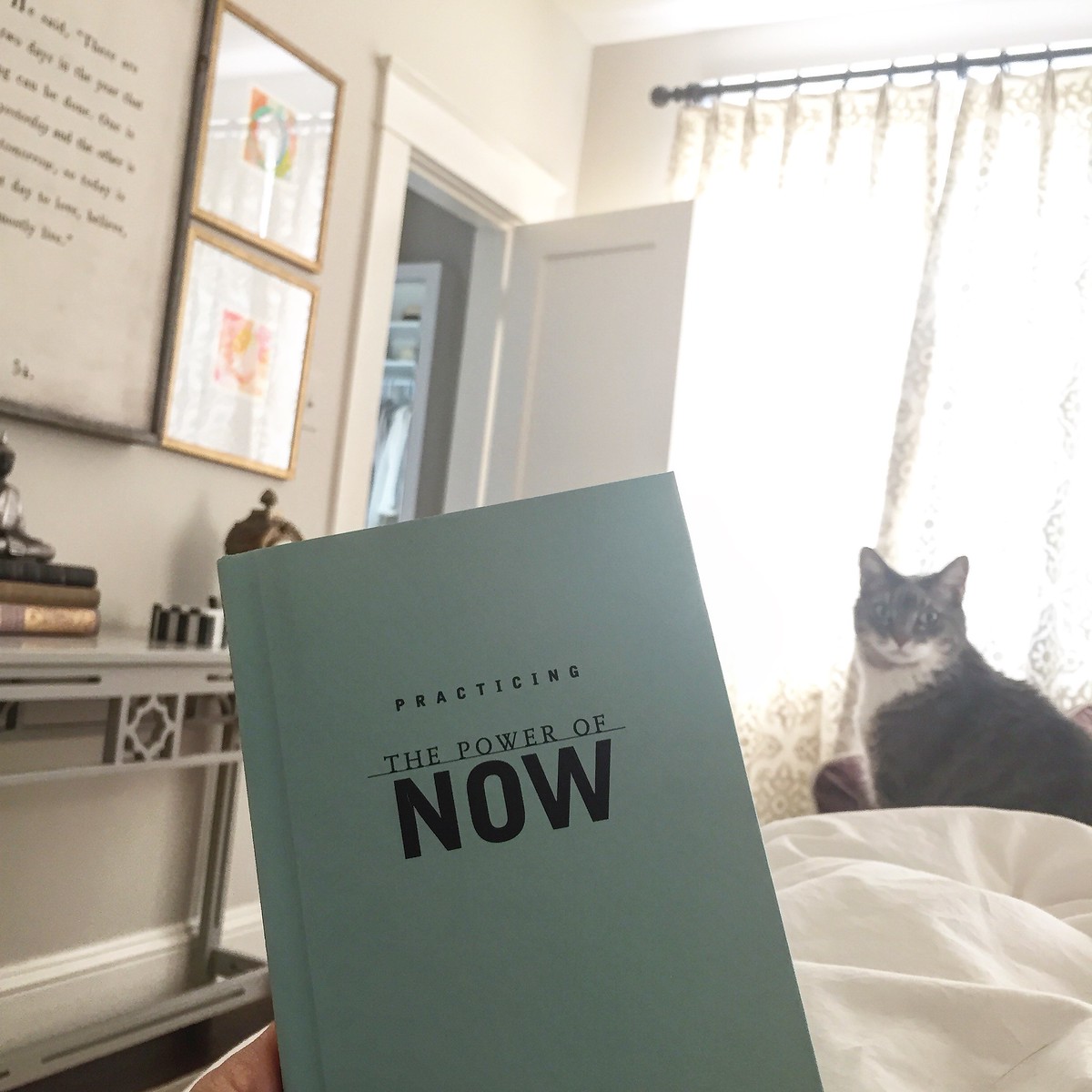 And therein lies the beauty of saying no, my friends. If you find it hard to say no to other people, think about it in a completely different way — you’re not saying no to someone else, you’re saying yes to yourself!

As mothers, we have a hard time saying no to other people because we have an impossible time saying yes to ourselves.

And it’s time for that to change.

Think of two things this week you can say no to in an effort to say yes to yourself — whether it affords you time to catch up with an old friend, call a loved one, or just lie on the bathroom floor and stare at the ceiling. Who cares? It just can’t be used for chores. That’s illegal.

You know what happens when you say no? You show the people around you what’s important to you. In my case, a little extra time in bed on the weekends is like a gift from above. And last week while my children were sweating away in the kitchen and I was relaxing, guess what walked through my door? 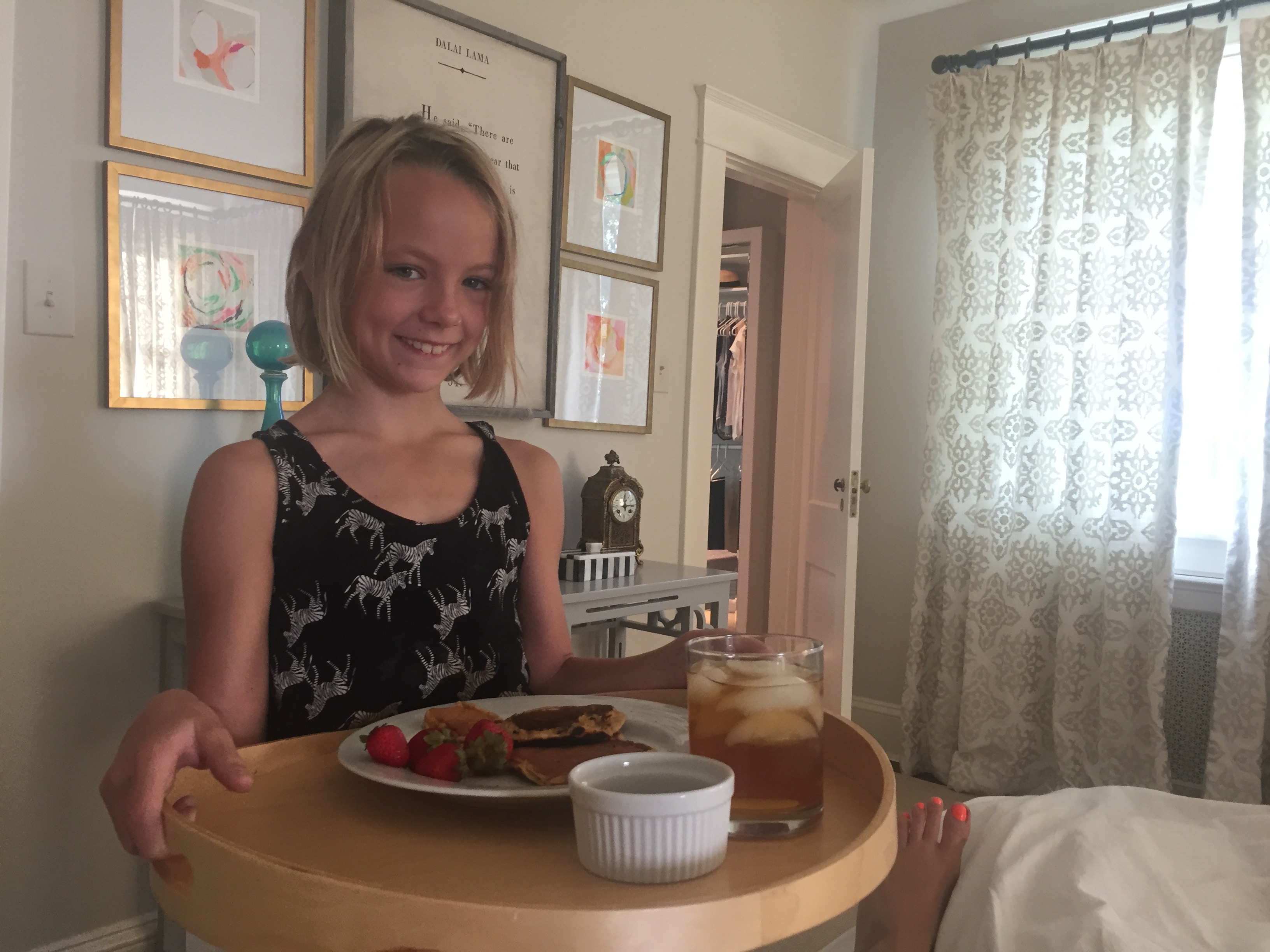 I didn’t ask for it. Or, on second thought, maybe I did. I made my priorities clear and they were played back to me on surprise by my children — with pancakes on top.

Saying no is never quite as hard as you imagine it will be. In the end, my kids are more independent, I have more alone time, and my husband’s finally seeing the beauty of my wicked ways.

If breakfast is your jam, then keep making it; don’t let me stand in your way. The lesson here is to simply find something reoccurring in your life that you can give a big fat “nope” to in order to have any hope of experiencing the joy, happiness and self-compassion that waits for you on the other side.

Give it a whirl.

I simply MUST do this!!! Thanks, Katherine!

Thanks for reading, Margaret! It really does work. And you deserve it!
-KW