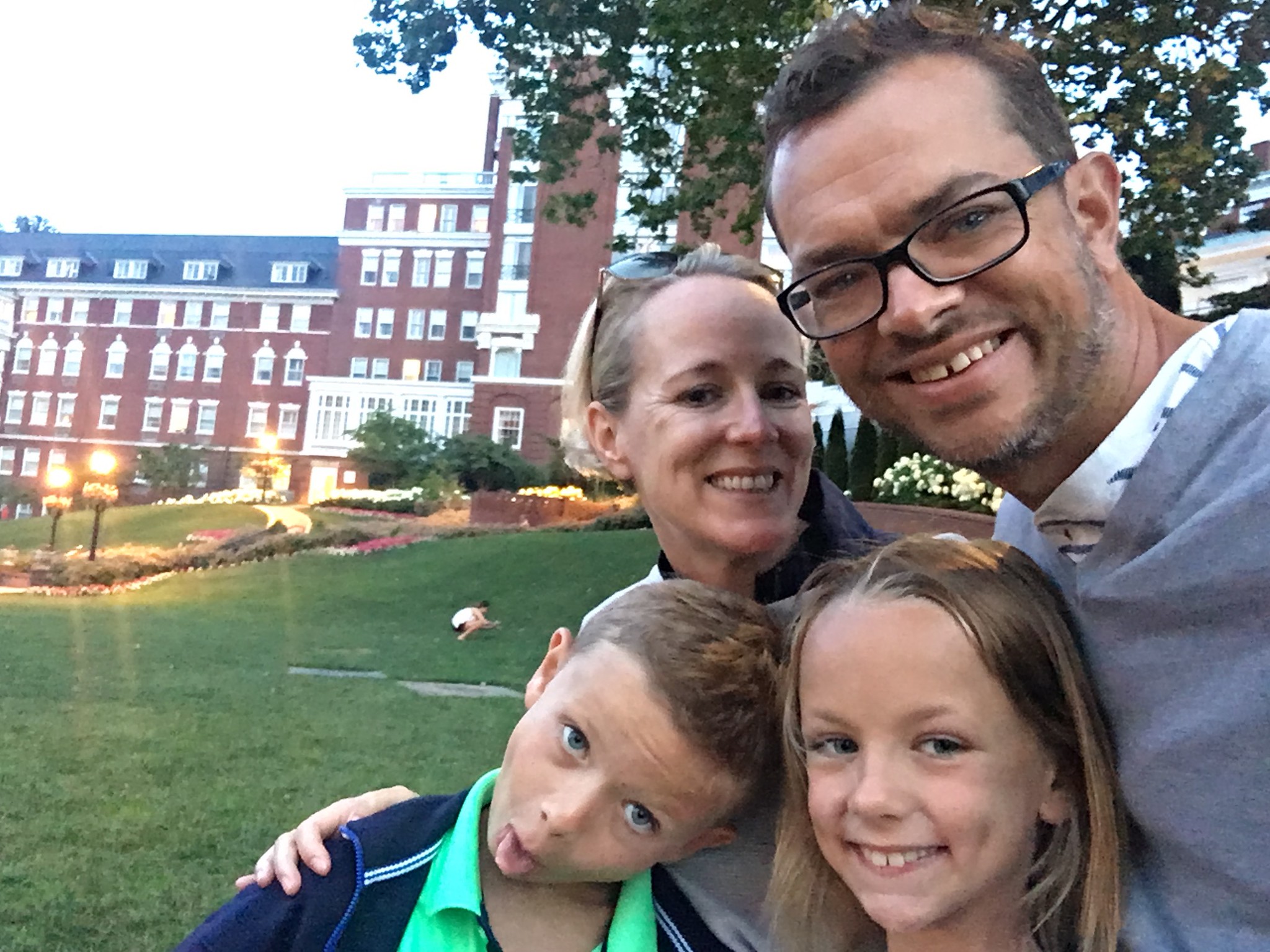 Parents today are venturing into unchartered territory — pursuing a parenting style that’s never been attempted by any previous generation.

That’s right. The men and women turning into parents today are the first generation in history to treat parenting like a team sport. This notion is as simple as it is compelling if you ask me: we made this baby together, so let’s take care of it together.

In my personal life, I see the signs of teamwork everywhere — fathers cramming themselves into pint-sized desks at back-to-school nights, running through the streets attached to a jogging stroller and even starting their own blogs about the peaks and pitfalls of modern fatherhood. You go, boys!

And I see it in my professional life as well. As CEO of The Mom Complex, I have a front row seat to dads bragging about the number of diapers they change, both parents tracking grocery lists on their phones, and moms finding the courage to leave dad in charge and head out of town for a girls’ weekend. 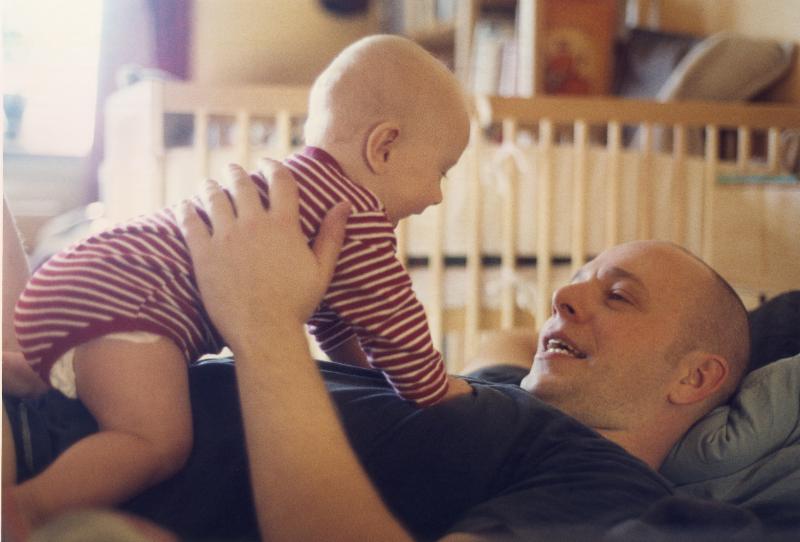 This pulling-it-off-together parenting style didn’t exist with previous generations. I mean, how many diapers did your own father or grandfather change? In fact, this new approach to parenting can feel quite foreign to the parents who went before us. Sometimes it’s applauded…like when your mother-in-law swoons over how helpful her son is in the kitchen compared to her own husband. And sometimes it’s questioned…like the time my husband ran into a family friend (in her sixties) at the grocery store who quipped, “What in the world are you doing here?” His answer? “Buying food for my family.”

Regardless, all signs point to the fact that dividing and conquering is here to stay. That is, of course, if moms are willing to get out of the way. Yes, I just said that.

As mothers, we can only capitalize on this teamwork trend if we’re willing to let go of control and loosen the reins — that we hold on to with white knuckles — on our relentless pursuit of perfection.

My research shows that at least a quarter of all new moms admit they have a very hard time sharing the load at home because they’re convinced dad will flub changing the diaper, packing the lunch or organizing the family calendar. When pressed (and not in the presence of their husbands) mothers of all stripes reveal a complicated internal struggle — they’re grateful their guy is open to stepping up to the plate, but terrified he’ll screw everything up when he does.

Do you cringe while watching your partner change a diaper because you’re certain your newborn is going to roll off the changing table and sustain life-threatening injuries? When you ask your husband to feed the kids Tuesday night, do you rake him over the coals on Wednesday for not including four different food groups? Do you respond to one of your partner’s snafus — like forgetting to send a snack to school with your daughter — by beating yourself up and vowing to be the primary snack packer from now until the end of time?

If so, you’re not alone. You’re what some researchers refer to as a “gatekeeping mother.” A woman buried under the weight of too many child-rearing tasks because she simply doesn’t believe the folding, cooking, cleaning, clipping, helping, supporting, dragging, dropping and disciplining will be done as well if handled by someone else.

But let me tell you what you already know. That leaves you in charge of everything. Every damn thing.

It’s a valid mission to want to do motherhood well. However, if you believe it needs to be done perfectly, you’re setting yourself up for a different kind of parenting experience. Meaning, a lonely one.

Maybe you believe you’re a better nurturer because you notice all the details, nuances and instructions that your husband ignores. Maybe your partner forgets to take out the trash so you assume he’ll also forget that your son has a life-threatening peanut allergy. Or perhaps deep down you don’t feel like a real mother unless you’re the one washing, cooking, cleaning, and whipping all the child-rearing tasks and worries away.

It’s OK to want things to be under control. But does everything have to be under YOUR control?

A lot of moms live (and practically die) by the mantra, “It’s just faster and easier to do it myself.” Faster? Probably. Easier? I don’t think so. Easier for everyone else, but harder for you.

My research has shown that for many mothers, their goal of being a good mother is inextricably linked to conquering the endless chores of parenting. Meaning, the more you do for everyone around you, the better you feel about yourself.

But what if you could change that? What if you put more stock in your own health and well-being than how many pieces of broccoli your son ate for dinner, or getting the permission slip sent back to school in time?

Maybe your man/partner/babysitter won’t perform their parenting responsibilities to perfection. But maybe that’s OK. Let’s be honest, if your daughter goes to school in sweatpants on picture day, your children eat cereal for dinner one night or your son fails a science test because he forgot to study, the world will keep spinning.

Being a parent has never been more difficult with new responsibilities like short order cook, screen time supervisor, social media stalker and political activist being added to the job description every day.

You need help. You deserve help.

Millions of parents are figuring out how to work together as a team to raise their children. Don’t let your home be an exception to this rule. If your husband is willing to help, accept the help. Don’t let him end up like one of the dads quoted on this topic in TIME Magazine who said, “My wife treats me like an au pair she’s always on the verge of firing.”

Take baby steps away from a boss-employee relationship and toward a true partnership.

Not married? You can still ask for help. Like two of my closest friends — both single moms — who live in the same neighborhood. They too are tackling parenting as a team sport — picking each other’s kids up from practice, hosting sleepovers when one mother has to travel and sharing Sunday night dinners.

This week, I’m challenging you to delegate a big, fat, ongoing (that’s the key) to-do to someone else. Pull in a team member, and in an act of bravery and courage, admit that you’ve taken on too much. Ask your husband to coordinate the entire softball season schedule, your babysitter to get dinner started each night, or your partner to drive morning carpool before work.

If you’re a gatekeeping mom, sharing the load is terrifying. But maybe there’s more upside than downside. In exchange for accepting imperfection, you’ll gain extra physical and mental down time. Which simply allows you to show up to the next task as a compassionate mother and not a maniac.

Don’t set yourself or your partners up for failure by expecting perfection. The only goal here is forward momentum toward teamwork.

One frightening baby step at a time.

YES! YES! YES!! I still have difficulty letting go of some tasks- but our schedules demand sharing the tasks- I was a gatekeeper for so long– to my own demise! But now, I just ask for what I need– I’m working on letting go of the wife/mom guilt that comes with delegating- but it gets easier with each ask. WE are in THIS together & it wont always be this crazy. For now… I daydream of a white space (white walls, furniture, flooring) where I can relax in peace– that will wait another decade or so… but it is all worth it! Cheers!

Katherine Wintschreply
– In reply to: Tara

Hi Tara, thanks for your thoughtful words! Teamwork absolutely makes the dream work (or at least helps cut through the crazy) 😉

Dang it, another post I needed to hear. Yesterday, I told my husband we were asked to pick up chocolate for s’mores on the way to a bonfire. He stopped us at the wrong gas station and bought $15 worth of the wrong kind of chocolate. I fumed and vowed silently to never let him do anything again, since this is not unusual for him to overspend AND get the wrong thing. Of course s’mores were still happily eaten and no one noticed except me. I made a mountain out of a mole hill and only hurt myself. With an 8-month-old, I’m really grateful for this reminder now and vow instead to practice this as often as I can remember.

I just started reading your book and it’s gripping! Thank you! As a mom of three, I never understood why someone would not want to let go and share responsibilities, I welcome any that I can get my hands on.. I suffer(ed) for wanting things to be as perfect as possible, but learned the hard way that we also need to stand firm towards everyone on the fact that things will not be perfect.. there’s too high a price to pay to wear ourselves out for the sake of making others happy.. (you should see the state of my kitchen as I sit and read.. hooray! 😀)

Hooray is right!!! I love that you are willing to ask for and receive help from other people. It’s a lesson so many women miss out on for the majority of their lives. You’re clearly a slayer! Thank you for taking the time to write. It means a lot to me. I hope the book has been helpful to you. Sending love and light. Keep slaying! -Katherine