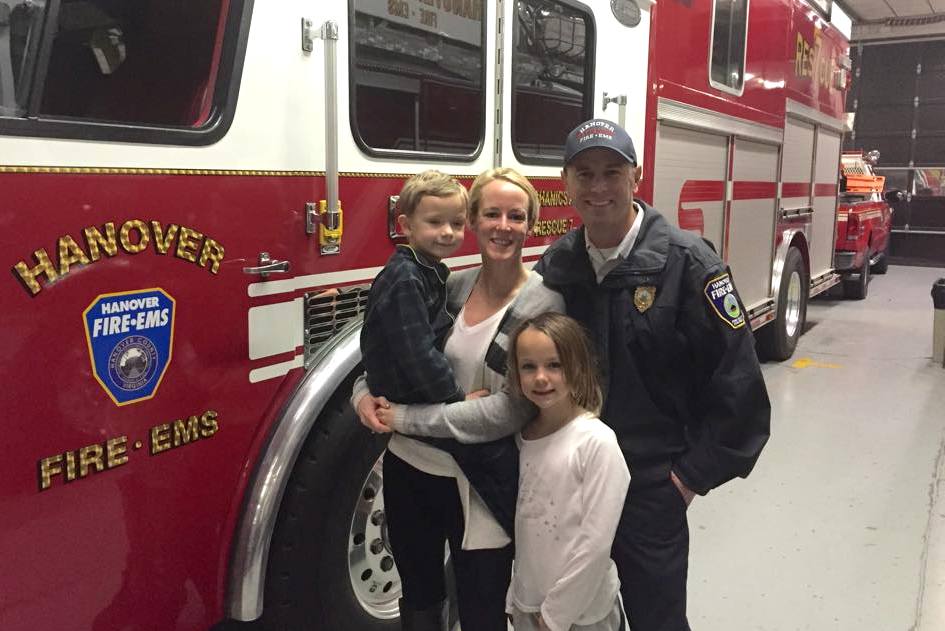 Making assumptions about other people is a lose-lose game.

A few weeks ago I attended a family festival in the community where my older brother lives. As the two of us were weaving our four children in and out of bouncy castles, I noticed a guy I assumed was a firefighter standing in front of a fire truck, smoking a cigarette.

Right on cue, my gerbils—fueled by assumptions—started sprinting on their wheels.

Since my brother has been a firefighter for 24 years, I thought he’d appreciate the situation unfolding in front of us.

In my flippant, I-think-I-know-everything manner, I said, “Pffffftt. Seems a little ironic that a firefighter in uniform is smoking a cigarette in front of all these kids, don’t you think?”

My brother: What makes you think he’s a firefighter?
Me: He has on navy-blue pants and a navy-blue T-shirt just like all the other firefighters he’s talking to.
My brother: That’s funny. I actually know the guy and he’s not a firefighter. He just happens to have on similar clothes. Oh, and get this, 16 years ago he was wrongly convicted of murder and he was just released from prison two weeks ago after DNA evidence proved he was innocent.

I couldn’t decide whether to run over and give the guy a hug, beg to interview him about all his trials and tribulations Oprah-style, or go to Wawa and buy him a carton of cigarettes for his troubles.

This wasn’t the first time I rolled down this slippery slope. Usually, though, I am making erroneous assumptions about other moms. Often my observations begin with admiration of another mother but quickly transition to condemnation—of myself.

How many times has this scenario happened to you? You stop by your friend Sarah’s house and notice that it’s incredibly clean and tidy (no dog hair on the couch, underwear on the floor or sharpie lines on the walls like at your house), and you start assuming she excels at every area of her life. “Man, Sarah keeps a clean house,” quickly turns into “I bet she cooks filet mignon every night, just got another promotion at work and knits scarves for orphans in Russia on the weekends. Man, I gotta get my shit together.”

While it’s tempting to go down this rabbit hole, there’s simply no correlation between a mother’s good housekeeping and her charitable work for children without parents.

Don’t go there. There’s nothing to lose but your own self-esteem.
In a wonderfully simple book called The Four Agreements, Don Miguel Ruiz outlines the four agreements you need to make with yourself in order to find personal freedom. They are: 1. Be impeccable with your word. 2. Don’t take anything personally. 3. Don’t make assumptions. 4. Always do your best. Regarding #3, he says: “The problem with making these assumptions is that we believe they are the truth. We could swear they are real. We make assumptions about what others are doing or thinking—we take it personally—then we react by sending emotional poison with our thoughts. Whenever we make assumptions, we’re asking for problems.” Here’s a prime example: The other day one of my friends, Elizabeth, mentioned that she didn’t have a television growing up and that her primary form of entertainment was reading books and using her imagination.

My reaction: “Oh wow, your parents sound amazing. I wish I could get the TV out of our house, but I’m way too lazy to force my kids to read on a regular basis.” Elizabeth’s response: “Um, we didn’t have a TV growing up because my parents were poor, not because they were transcendental hippies on a mission to culturally shape my mind.”

Oh, right. Being a mother is ridiculously hard and making assumptions about other mothers just makes it harder. We’ve got enough to worry about—there’s no sense in creating more angst based on fictitious stories we make up in our minds. When you’re presented with facts in your life, do your best to stay on the fact side of the street. Don’t take the off-ramp into the land of fiction. Elizabeth didn’t have a TV when she was growing up… Sarah has a clean house… A guy in a blue T-shirt is smoking a cigarette… Any assumptions you’d make in order to complete the sentences above are likely unhelpful and untrue. So, stop short of completing the sentences. Facts are facts and assumptions are dangerous. When we make assumptions about other people, we turn basic facts into so much more—and ourselves into so much less.

Motherhood is already a tough gig.

The least we can do to lighten our load is limit our stress and anxiety to things that are actually true.

All of this is easier said than done, but I’m going with the “practice makes perfect” motto and seeing where it takes me.