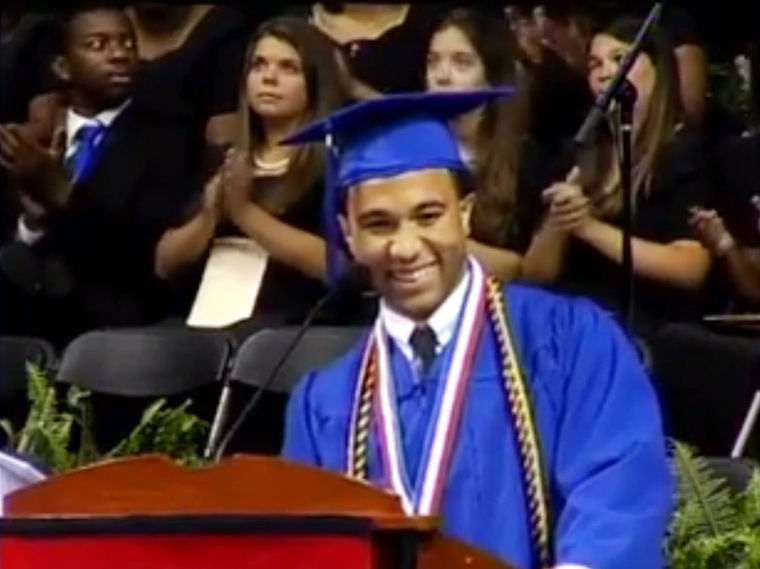 Twenty-one years ago I graduated from Hermitage High School and thirty years before that my parents graduated from the very same school — as did my big brother and almost all of my aunts and uncles.

The apple does not fall far from the tree. 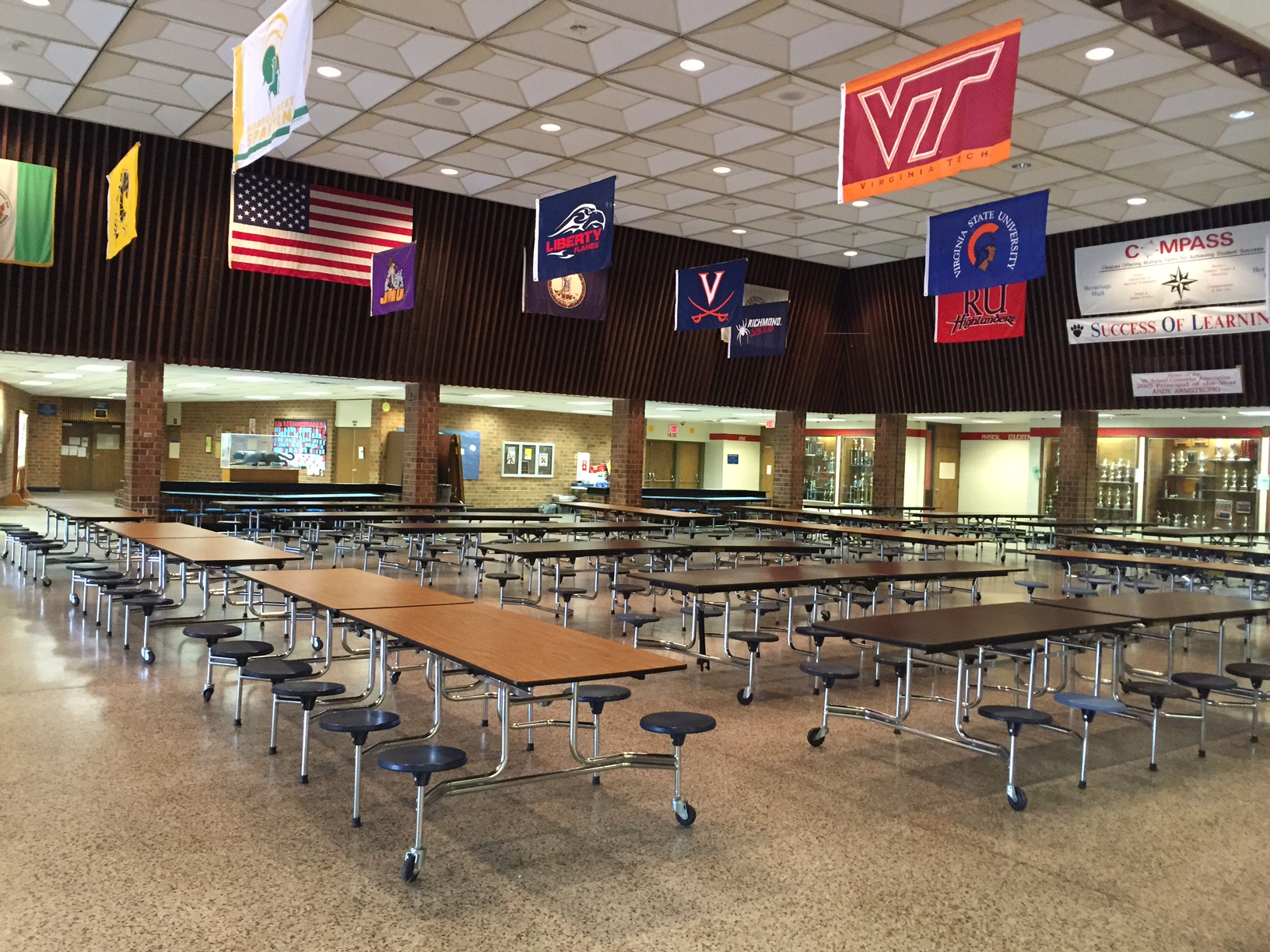 Panther pride runs deep in our family, and we like to look out for our own which is why everyone in my family was particularly touched by one of the school’s recent graduates — D’Marco Jackson.

At last year’s graduation ceremony D’Marco, a graduating senior, was invited to say a few words of inspiration after he battled and beat down cancer during his time at Hermitage High.

At 16-years-old, during is Sophomore year, D’Marco was living the life.

He was a star football player, Pep Rally Emcee and Student Council Vice President. You remember that guy. The one all the guys envied and all the girls wanted to date.

All was fine and well with D’Marco.

During his Sophomore year, D’Marco was getting more and more tired on the football field and his doctors kept telling him to drink more and more water.

Until, they took a look at his blood.

That must have sucked.

However, after months and months of blood transfusions and several rounds of chemotherapy, D’Marco kicked his cancer into remission and became the poster child of living life to its fullest.

And two years later he was asked to share his perspective on life with his graduating class and all their parents.

That request, probably did not suck.

At the young age of 18-years-old, D’Marco inspired a room of 3,000 students and parents with a very clear and very compelling message – live life in the present moment. He was only given two minutes to speak, and if I do say so myself, it’s the best two-minute speech I’ve ever heard.

In my entire life.

The moment that captured the hearts and souls of people young and old, and caused the video to go viral, was when D’Marco laid down this beautiful line:

Do not let the realities of the past or the possibilities of the future negatively affect the peace, joy and happiness that the present has to offer.

I can still recite that line in my sleep. I love it that much.

I don’t even want to think about what I was doing when I was 18-years-old…because while I recall it being fun, it sure wasn’t pretty and not the least bit inspiring.

What were you doing at 18-years-old?

D’Marco’s diagnosis undoubtedly provided him a perspective on life that most of us miss out on — the ability to stay in the present moment without reliving our regrets from the past or fast-forwarding to our fears about the future.

I have no doubt D’Marco’s diagnosis was a massive burden for him and his family, but the perspective he gained and so eloquently shared last June was simply stunning. I also have no doubt that thousands of people’s lives have improved as a direct result of his profound articulation of the benefits of living life in the present moment.

And then he died.

Goddammit, he died. His cancer took over his body and he died.

What D’Marco Jackson knew last year during his earth-shattering graduation speech, that nobody knew except his family, was that his cancer was back. And it was back with a vengeance.

But he still gave the speech.

Think about that for a second. You have a powerful message you want to share with the world, but you’re no longer giving through the vantage point of a cancer survivor, you’re giving knowing your cancer is back, and it’s likely for good.

That now famous quote of D’Marco’s takes on a much deeper meaning when you know that while sharing it, he knew in his heart of hearts that his world was getting ready to get rocked – once again.

Do not let the realities of the past or the possibilities of the future negatively affect the peace, joy and happiness that the present has to offer.

Despite the forecast of a very rough future, he forced himself to stay in the present moment, to embrace the joy and happiness it had to offer.

And in doing so he’s helping every single one of the 70,000 people who have watched his graduation speech, do the same.

May we all be blessed with the same perspective during tough times.

That statement brought a bit closer to home means that yesterday, 6,000 people died, and you did not.

So let’s live for today. Let’s embrace the present moment and all the joy and happiness that it has to offer when we’re not worried about the past or fearful about the future.

When you live for the future, whether it’s a bright or burdensome one, you reduce the “now” to a mere stepping-stone to the future with no intrinsic value. Your life’s journey is no longer an adventure, but an obsessive need to arrive and attain.

I’m so incredibly grateful and thankful for the influence D’Marco has had on my life. And judging by his recent celebration of life at Hermitage High School a few weeks ago, I think he’s had a similar influence on thousands of other people. 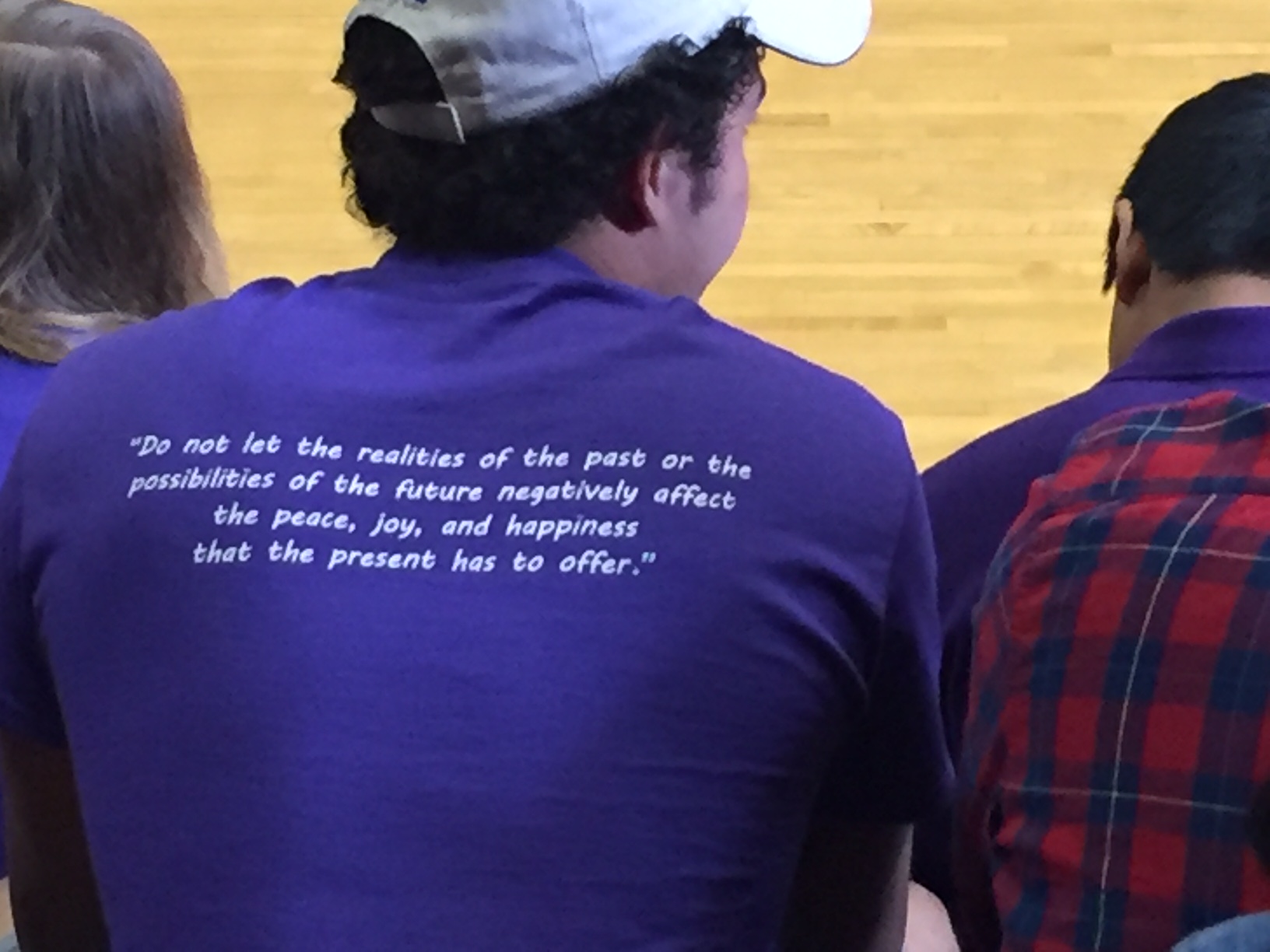 So many of us are chasing after the ability to live in the present moment, and D’Marco found it and shared it at the young age of 18-years-old.

As D’Marco explained at the end of his speech standing center stage in the Hermitage High Schoo gym, he said, “At one time my future looked short because of the toll my young body had taken, but right now, in this present moment, I’m happier than I’ve ever been.”

Let us all heed D’Marco’s advice and live by his incredible words of wisdom.

Every person reading this post has been afforded the luxury of being able to live in the present moment.

Why not embrace it?