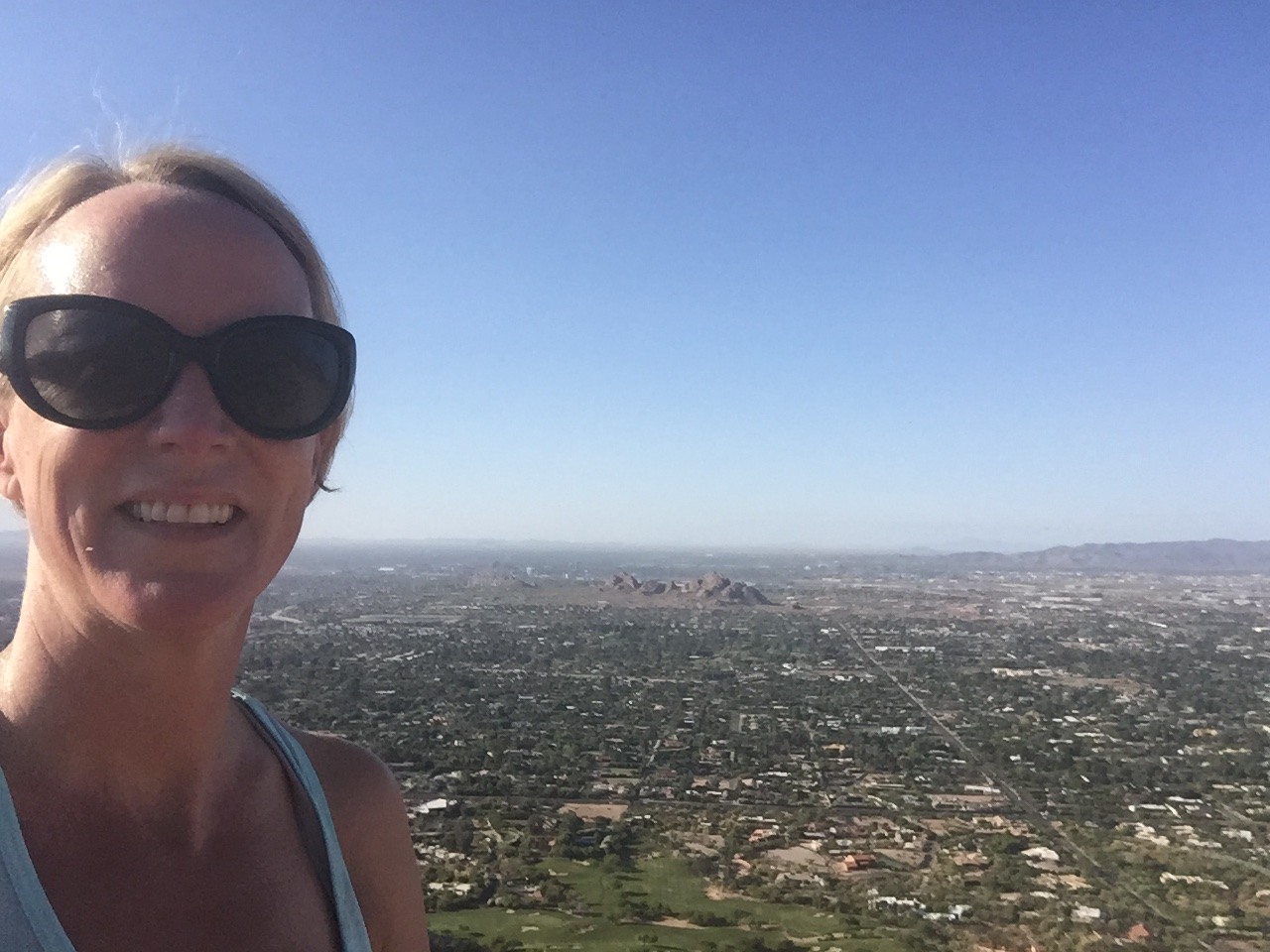 I was once on a business trip in Arizona and rather than relax by the pool during my downtime, I decided to climb Camelback Mountain. I spent the day before the hike preparing: I drank lots of water, I researched the different trails and I even rented a fanny pack from the athletic center to carry my phone and extra water bottles (even though I felt like a loser paying money to wear a fanny pack).

I was incredibly proud of myself for choosing the hike over laying by the pool and for getting a jumpstart on my day rather than sleeping in like I really wanted to. I was advised to get an early start on the climb because the midday heat would make the climb more challenging. I made plans to arrive at the base of the mountain by 7 a.m., and I was told that I could easily make it to the summit in 45 minutes.

To my surprise, I made it to the base of the mountain to start my hike at 6:45 a.m. “Wow, look at me,” I thought.  “Up and about so early, taking advantage of the day, enjoying Mother Nature and living life to its fullest.” I’m not going to lie, I was ridiculously proud of myself.

My “you go, girl” moment was awesome. But it only lasted an additional 86 steps before it all went to hell.

I was no more than two minutes into my hike up the side of an enormous mountain when I looked up and saw a shirtless, sweaty, fit, happy, healthy, (did I say “fit” already?) young guy barreling towards me on his way down from the summit.

The gerbils in my mind took off on their hamster wheel to hell, and the comparisons started spiraling out of control: What the hell just happened? What time did that guy wake up this morning? What time did he go to bed last night? Was he really running? Do people actually run to the top of mountains? I wonder if he does this every day? I wonder if he’s this stellar in every aspect of his life? I wonder if he thinks I’m a loser? And lazy?

And so went the first half of my first hike up a mountain.

I was so taken aback by the mountain runner that it was the only thing I could think about, and I allowed his greatness to cast a shadow over my own accomplishments.

The gerbil wheel kept spinning: I should have gotten up earlier. The concierge said the sunrise is amazing from the top, but nooooooo, I had to sleep in until 6:15 and I missed it. I couldn’t run to the top of this mountain if a masked murderer was chasing me. I would literally die trying. He didn’t even have any water with him! Meanwhile, I’m sporting a used fanny pack with three plastic water bottles bouncing off my hips like a very environmentally unfriendly hula skirt. If I’d tried hiking before, like all my Facebook friends have, I wouldn’t look like such a doofus.

And that’s how it went. I compared my ‘I’ve-never-done-this-before’ self to his ‘I-could-do-this-in-my-sleep’ self, robbing myself of genuine joy along the way.

Until I hit pause on a plateau, where I took a little breather and talked some sense into myself.

What I witnessed at the bottom of the mountain was simply a data point: that guy is very active and very fit. His accomplishments have no bearing on my accomplishments. I’ve never even seen him in my entire life, so how could our performances possibly be linked?

And on that plateau, my resting place, I found freedom from comparison. My freedom came from my ability to say, “Good for that guy. But also good for me.” He had challenged himself that morning and so had I.

I woke up early and climbed a mountain, damnit. Alone. For the very first time.

As mothers we have an uncanny ability to turn the strengths of others into indictments against ourselves. And it’s a terrible way to live.

No, I can’t run to the top of a mountain, but that was never my goal in the first place. I shook off my comparisons (Taylor Swift may or may not have played a role in this process), and I felt proud again. I took a deep breath, exhaled the comparisons out and mentally repeated a mantra I use from time to time to bring me back to the present moment: “Right Here. Right Now.”

When I stepped off the plateau, I left that guy behind. I got my groove back and I was filled with joy.

I didn’t make it to the summit in 45 minutes as others had promised I could. It took me an hour and 15 minutes. And that’s OK. It was worth every minute of effort, mainly because I actually experienced this experience—once I was able to forget about the runner and refocus on myself.

I didn’t run to the top. I walked, climbed and stumbled my way to the top. I tripped many times and was exhausted more than most of the time.

But that’s ok. I’d never done anything remotely like this before.

What was I expecting? To be able to run to the summit and back without a shirt or water before the sun even came up?

Julie @ Next Life, NO Kidsreply

This is INCREDIBLE!! Thank you for writing this empowering story!!! We’re all a bit stronger than we give ourselves credit.

Katherine Wintschreply
– In reply to: Julie @ Next Life, NO Kids

Thanks Julie. You’re right, we are a lot stronger than we give ourselves credit for…it’s time to give credit where credit is due!

I am literally laughing as this was my own experience this weekend but it involved riding a mountain bike straight up the mountain for 4 miles. Several more fit, and much better dressed, mountain bikers pump easily by me. I was a little down and frustrated that it was so much harder for me…I am a desk jockey 5 days a week but a die-hard weekend sports lovin’ wanna be. I have an athlete’s heart stuck in a needlepoint body. I have learned that life, as well as hiking, biking & kayaking is an adventure not a race . My latest thing I say to myself is “Embrace YOUR pace” and enjoy it. I was proud of myself when I got to the summit (even though I must admit there was a short time of dismounting that bike and walking next to it…and wishing I had remembered my inhaler (which I left in the car). Downhill was excellent! #embraceyourpace PS Here’s to all the mommas that get out there and do challenging stuff!

Love #embraceyourpace! My new mantra. You should be proud of yourself!

I love the humor and inspiration in your stories- it is so reassuring to know that others struggle too- we all need a little boost and self-reassurance when that damn voice of self-doubt tries to knock us down! The honesty is so wonderful ; )

Katherine Wintschreply
– In reply to: Tara

Hi Tara! We are definitely not a alone in the struggle. Thanks so much for your sweet comment. Much love!