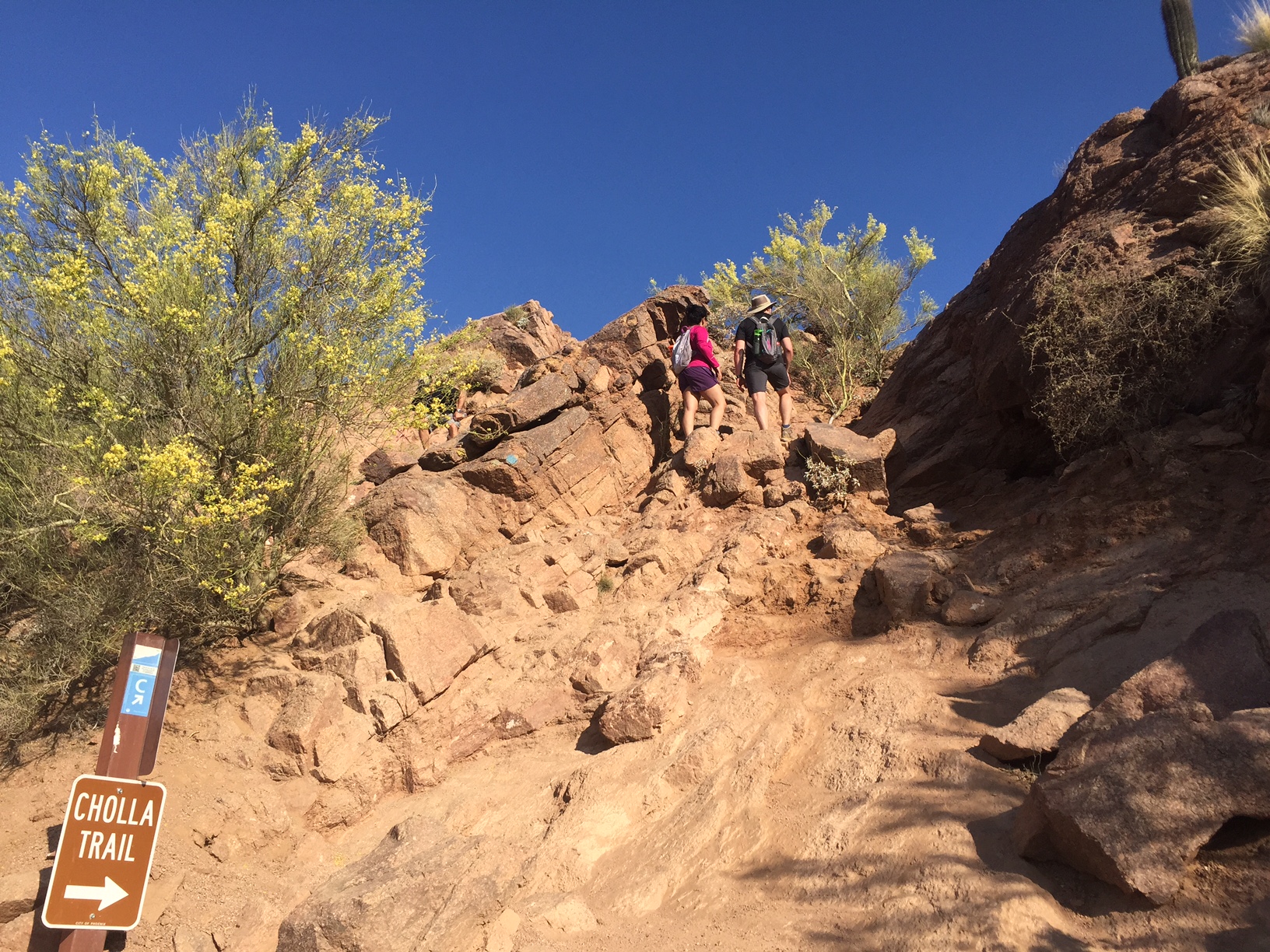 For the vast majority of my life I walked around with a pickaxe in my hand — seeking out the next metaphorical mountain to climb, the next challenge to conquer, the next summit to reach.

It was an interesting approach.

The pickaxe approach allowed me to see many summits, accomplish some impressive feats, and collect a nice bag of trophies, awards, and random tchotchkes with my name engraved on them.

But this approach was also exhausting.

The pickaxe approach caused me to constantly — and, at times, obsessively —search for the next peak.  What account could I win next? What recognition could I earn next? What client could I impress next? To say that this approach made me a restless human being would be a ridiculous understatement. Because I never rested. Ever.

I was never comfortable with “what was.” I was hanging on to the side of a mountain with white knuckles, constantly scrambling, and picking my way to the top.  And when I achieved an accomplishment, I never stopped to enjoy the view or look below me to recognize all the hard work that had gotten me there. That’s because each accomplishment was simply a stepping-stone to the next one.

Thanks to my life coach and hundreds of Oprah episodes, I now have the wisdom to see why I was carrying the pickaxe in the first place, as well as what was wrong with my approach. Some people might carry a pickaxe because they actually enjoy climbing. And that’s fantastic.  Not me. I was constantly climbing because I wanted to impress other people. I didn’t have the confidence to follow what I thought was the “right” path for my life, so I climbed my way into the hearts and souls of other people based on the direction they thought my life should take. My accomplishments were my way of saying to the world, “Look, I’m worthy!”

But the problem with the pickaxe approach to life is that it never ends. There’s always another peak to climb.

After decades of climbing, I’ve decided to take a different approach.  A revolutionary one that’s changed my life and everything associated with it.

I’ve reached a beautiful plateau of success in my life.  Rather than continuing to climb, I’ve decided to dance on the plateau.

I run a company that has reached an impressive plateau of sustainable revenue and I’m no longer interested in taking it to the next level. I’d rather dance on the plateau we’re on right now. I’m soaking up each and every minute of our success: I do yoga three to four times a week; I attend school field trips and girls’ weekends; I work from home when I want to; and I’m head over heals in love with the team that’s on the plateau with me. 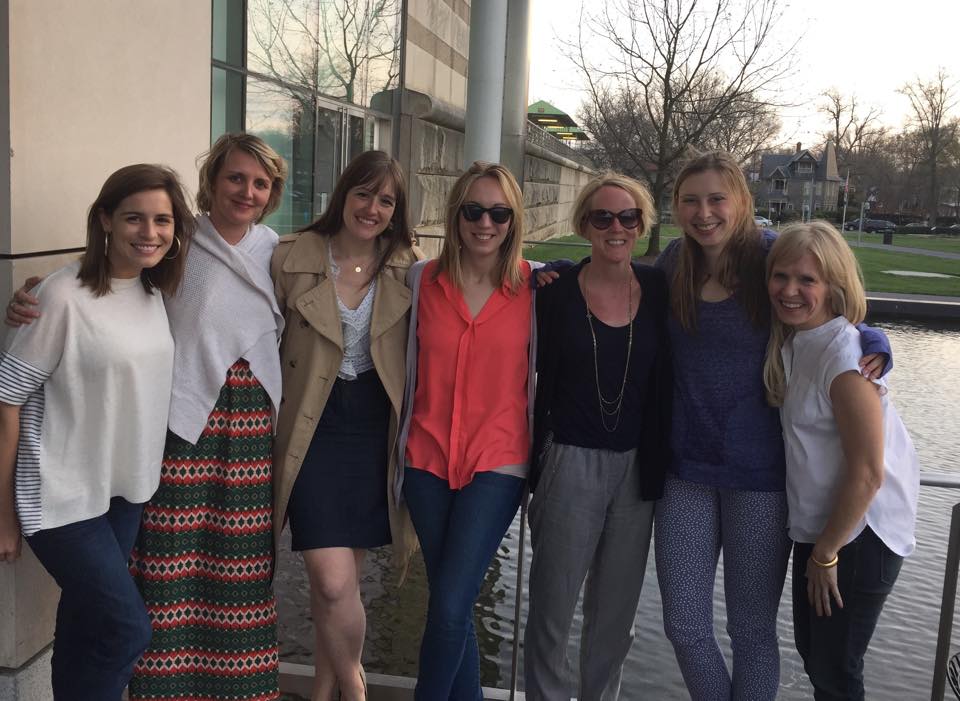 That’s our team after cutting out of work early to drink wine at a local museum. We were celebrating a major milestone (submitting a book proposal) and also celebrating each other’s company — our form of dancing on the plateau.

Last week I was in Arizona for a women’s leadership retreat and I purposefully arrived at the resort a day before the seminar began in order to relax.  What came as a shock to me — remember: this plateau mindset is a very new approach — was how I decided to spend my downtime.

In my previous, pickaxe-driven life, I would have face-planted next to the pool because that was my former self’s form of relaxation. Because I was that tired, that exhausted and it was the only way I could recoup my energy and keep up the climb.

However, on this trip, because I wasn’t exhausted, I decided to take advantage of where I was and hike Camelback Mountain, which was just a mile away.

It was a magical experience for me.  I saw Mother Nature in all her beauty instead of the view of the inside of my eyelids while sleeping beside the pool. I wiped the sweat off my forehead instead of the drool off my lounge chair.

It turns out Mother Nature makes some pretty beautiful scenery. Who knew? 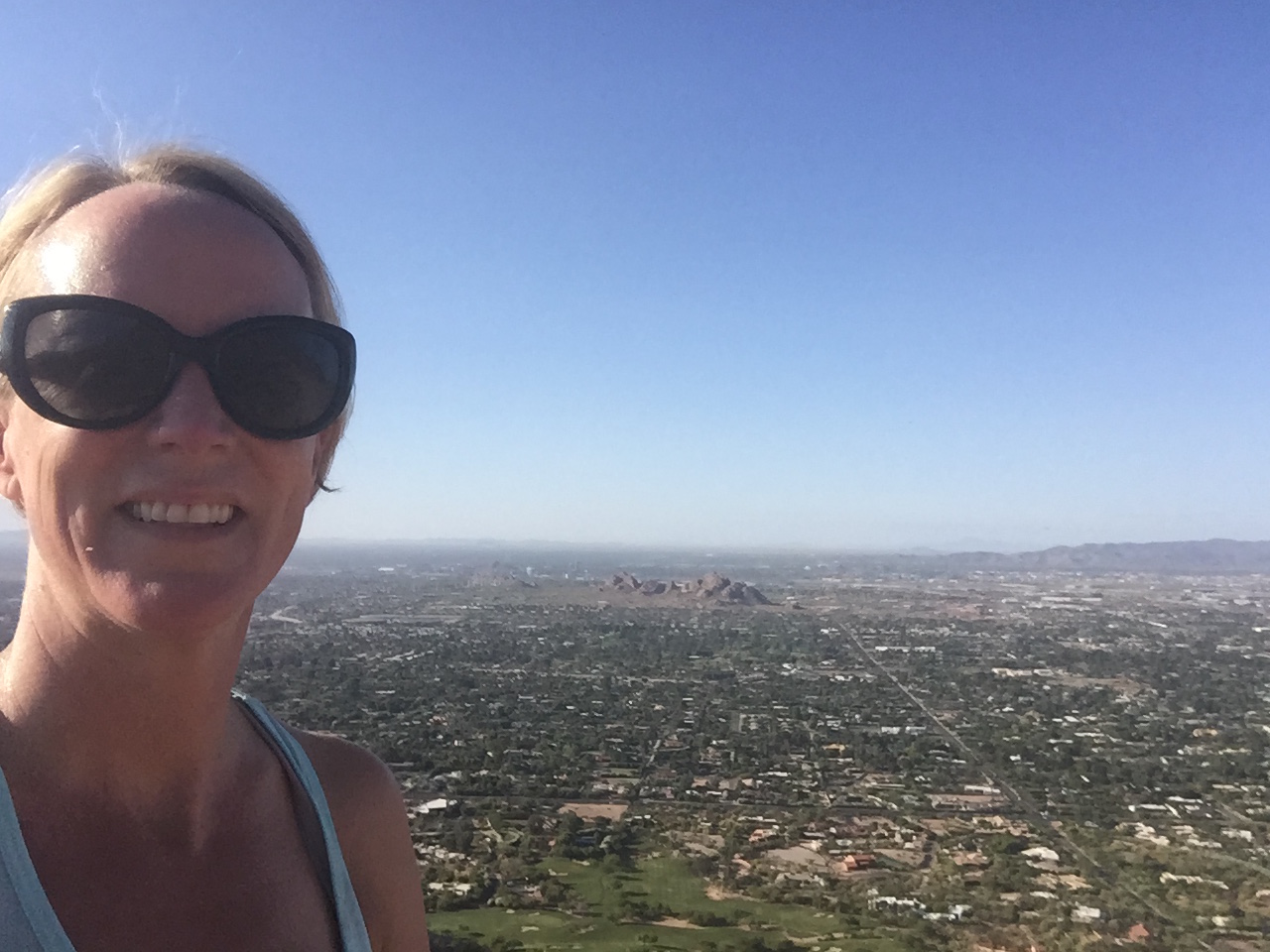 And lo and behold, on my way up the mountain I found the perfect plateau. It was nestled on the side of the most amazing hiking trail I’ve ever seen (of course, I’d never seen one before). The plateau was the ideal spot to take a break, catch my breath, and revel in what I had just accomplished.

And I decided to dance on it.

I didn’t care who was watching or what the avid hikers and climbers would think about me and my hardly-ever-worn tennis shoes or lack of proper hiking clothes and equipment. I had reached a beautiful plateau and I decided to celebrate the moment in the best way I knew how — by dancing. This is something the old me couldn’t have done, because you can’t dance when you’re climbing with a pickaxe; you can only hold on for dear life.

Making the decision to drop the pickaxe and stop seeking out the next summit has been the greatest thrill of my life.

I’m still a very ambitious person with lots of goals and challenges ahead, but I’m certain I can accomplish them on this big, beautiful plateau I’m dancing on…without clamoring and climbing to the next summit.

And I’m pretty sure I’m going to have a lot more fun along the way.

Congrats for finding the pleasure that’s available even when the mountain you choose to climb isn’t Everest, Katherine. Great post, and a great perspective!

Katherine Wintschreply
– In reply to: Scott

Thanks Scott! I’m pleased you liked it. It’s a beautiful thing to be happy on a plateau.

Love, love, love this post! It made me relax just to read it,

Katherine Wintschreply
– In reply to: Jennie

So glad you liked it Jennie. Thanks for taking the time to say so.

Loved this post!! So valuable… congrats finding the joy and life in the plateaus…. Dance on 🙂

Thanks Courtney. If it wasn’t for your generous invitation to Arizona, this post and the beautiful imagery wouldn’t exist. Thanks for helping me make it real.