Last week I was honored as one of the “2016 Working Mothers of the Year” by The Advertising Women of New York (AWNY).

It seems pretty impressive, huh? And in so many respects it is, indeed, impressive. Someone within that fine organization determined that my professional and maternal accomplishments were worthy of a fancy award and a stunning luncheon in New York City for all the honorees and their families. 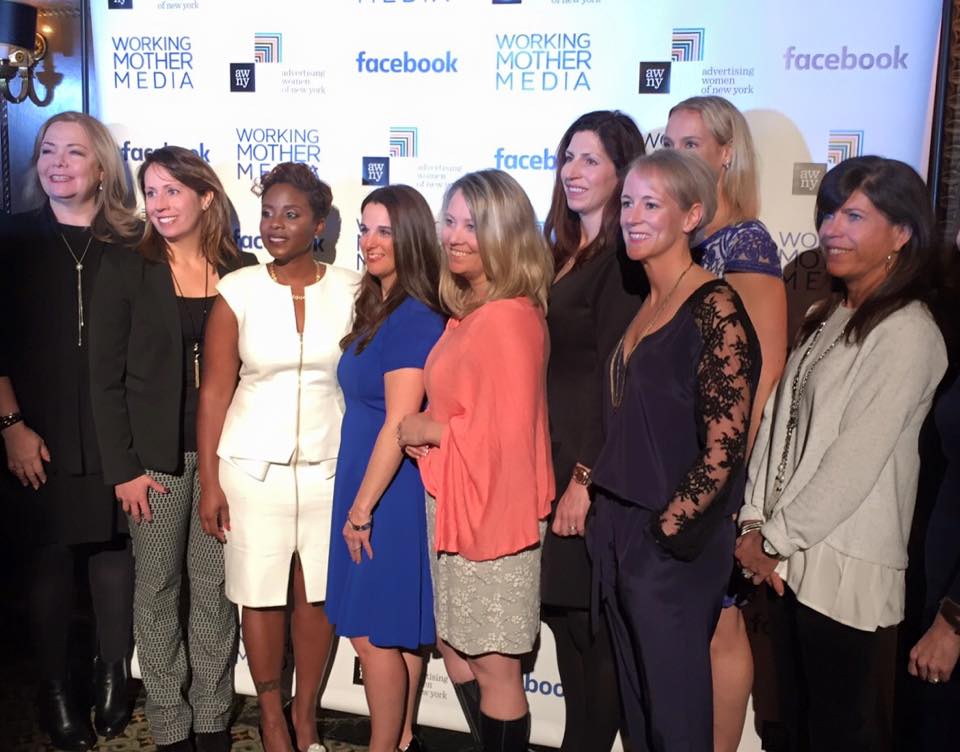 Wonderful.  Thank you very much.

It feels good to win awards — for someone to say the work you’re doing at home and at work matters and that it’s making a difference.

What’s not to love?

Well, the one thing that’s not to love is the pedestal that people put you on when you win awards. In this particular case, it was other mothers I came across when I was back in Richmond after the ceremony. Friends of friends and mothers in the grocery store seemed obligated to shower me with accolades and affection.

This part was, of course, welcomed and appreciated.

But what I didn’t love was how my recognition as a “good mother” seemed to make other mothers feel as though they weren’t good enough themselves. There was a particular look in their eyes when they congratulated me that was consistent and unmistakable.

Their mouths said, “I’m so happy for you” but their eyes said, “I wish I could be more like you.”

I’m no different or better than any mother out there, just because I have a trophy with my name on it. That very trophy sits on a bookshelf in a house that is filled with the same challenges, arguments and half-eaten pork chops that other families face. I assure you that I’m just as messed up as the next mother.

What is it about looking up to other mothers that makes us look down on ourselves?

Any of these scenarios feel familiar?

Lord, have mercy on our tired souls. We’ve got to stop comparing ourselves at our worst to others at their best.

Motherhood is hard enough as it is, yet we keep finding ways for it to be harder than it has to be.

We should never look up to another person if it causes us to look down on ourselves.

Just because I won Working Mother of the Year does not mean I’m the perfect mother. I’m far from it — just ask my husband, my children or my parents.

If you’re not convinced, here are five examples of events that occurred the same week I shook someone’s hand and accepted a crystal vase with “Working Mother of the Year” engraved on it:

Mother of the Year, my friends.

There. I’ve told you more about myself than my own mother would want me to tell you. But it’s important information. Sanity-saving and life-saving information.

Do with it what you will.

I hope it will help you see that we’re all flawed, we all make mistakes and that we’re all deeper, more complicated (and more interesting) than the titles and labels we wear.

Assuming that a Working Mother of the Year is a better mother than anyone else is ludicrous. It’s not based on anything other than assumptions, and making assumptions only makes things worse.

If you’re still not convinced about my own imperfections, I have at least a dozen additional examples I could share from this month alone.

Maybe I’ll tell you about them over tequila sometime.

Great read! I know you put other mothers and women at ease. Your success is very admirable. Glad you got to celebrate. Thank you for the wonderful influence you have had on my daughter. I loved reading your book.

Thanks for the note Julia. I’m glad you enjoyed the post. It encourages me to write more! Who is your daughter?